During the 1995 O.J. Simpson murder trial, Jo-Ellan Dimitrius came up with the profile of the “perfect juror” – the type of person Simpson’s defense team wanted in the jury box to secure an acquittal.

“The perfect juror was a female African American with a high school education or less,” Dimitrius recalled in a 2016 interview with “Inside Edition.”

Though the education levels of the jurors in the Simpson trial are not known, the defense team succeeded in the other criteria. Of the 12 jurors, eight were Black, including six women and two men.

Now, almost 30 years later, Dimitrius has helped select the jury tasked with deciding the guilt or innocence of another high-profile defendant – Kyle Rittenhouse, a spokesman for Dimitrius & Associates, Dimitrius’s consulting firm, confirmed to The Washington Post. Rittenhouse’s defense lawyer, Mark Richards, told The Post in an email that Dimitrius was “a valued member of the defense team,” although he did not specify her precise role. 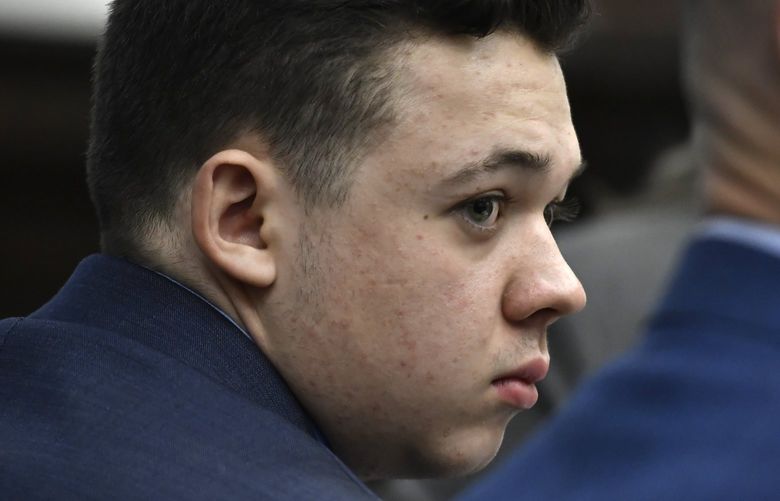 Rittenhouse has been charged with shooting three people, two of whom later died, during a protest against police brutality in August 2020. Rittenhouse has pleaded not guilty to all charges.

While the prosecution has cast Rittenhouse as a “chaos tourist” for showing up to Kenosha, Wis., with a semiautomatic rifle, Rittenhouse’s legal team argues that he acted in self-defense. Tuesday morning, the jury is set to begin deliberating on which narrative is true. Unlike the majority-Black jury that Dimitrius helped build during the Simpson trial, the jury in Rittenhouse’s trial is overwhelmingly White.

It is not exactly clear what services Dimitrius was brought on to provide for Rittenhouse’s defense or how long she has been helping. When asked, the spokesman did not respond, and Dimitrius did not return calls from The Post.

But Dimitrius has been ever-present in the courtroom during the trial. She was photographed speaking to Richards during the Nov. 1 jury selection. And as Rittenhouse broke down on the stand last week, describing the events that led up to his first deadly shooting, Dimitrius was shown on video with her arm around Rittenhouse’s sobbing mother, at one point speaking in her ear.

Dimitrius & Associates provides a number of consulting services, including in-court jury selection, juror profiling, focus groups, mock trials and post-verdict interviews, according to its website. Dimitrius has consulted in more than 1,000 trials and has selected more than 600 juries, according to the website.

A good number of those cases have been high-profile, and Dimitrius has worked for both plaintiffs and defendants. She was hired by the prosecution to consult in the sexual assault case against NBA star Kobe Bryant, which never ended up going to trial. She helped select the jury that ultimately ordered Warner Bros. to pay Francis Ford Coppola $80 million in a dispute over a Pinocchio movie that never got made. And in 2004, Dimitrius worked with the defense team of Scott Peterson, an intensely watched case in which the San Francisco Bay area man was eventually convicted of murdering his wife.

It is unclear what constituted the “perfect juror” for the defense in the Rittenhouse trial, but during a marathon proceeding on Nov. 1, a pool of about 150 prospective jurors was narrowed down to 20. Lawyers asked them if they had participated in protests in the August 2020 uprisings and their positions on guns. At the end of the day, all but one of the jurors selected was White.

Since the start of the trial, one juror was dismissed for health reasons and another was dismissed after he joked about Jacob Blake, a Black man who was shot by a Kenosha police officer in August 2020 – the incident that led to protests at which Rittenhouse would eventually show up.

The 18 jurors will be narrowed down to 12 via raffle, the Associated Press reported. Those 12 jurors will decide whether or not Rittenhouse is guilty – a question that largely hinges on whether he acted in self-defense, The Post has reported.