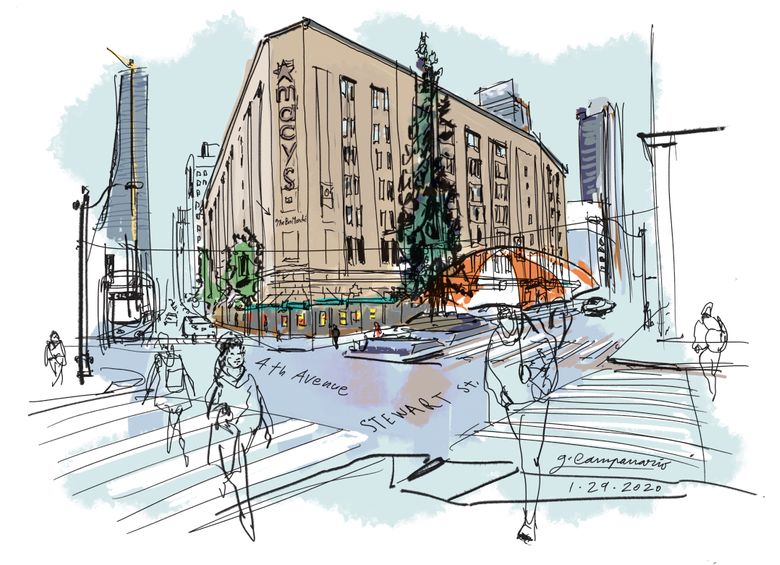 When the downtown Macy’s closes its doors forever in February, more than 90 years of retail history at 300 Pine St. will come to an end.

The stately architecture of the 1929 building evokes an era when department stores were important landmarks in the fabric of a city. Many longtime Seattleites still remember it as The Bon Marché flagship store, which gave way to Macy’s in 2003.

Founded in what is now Belltown by a German immigrant and his American wife as a little dry-goods store back in 1890, The Bon Marché — which translates as “the good market” or “the good deal” in French — grew to become a major retail institution throughout the Northwest. The name of the original business can still be seen on the side of the building that faces the triangular island at Stewart and Olive streets.

Sign-wavers have been luring customers inside the doomed Macy’s for weeks. Everything must go, including the stores’ fixtures, and prices are slashed up to 60% on some items. Tim, one of the sign-wavers, said he has seen people coming out with arms overloaded — even with the mannequins.