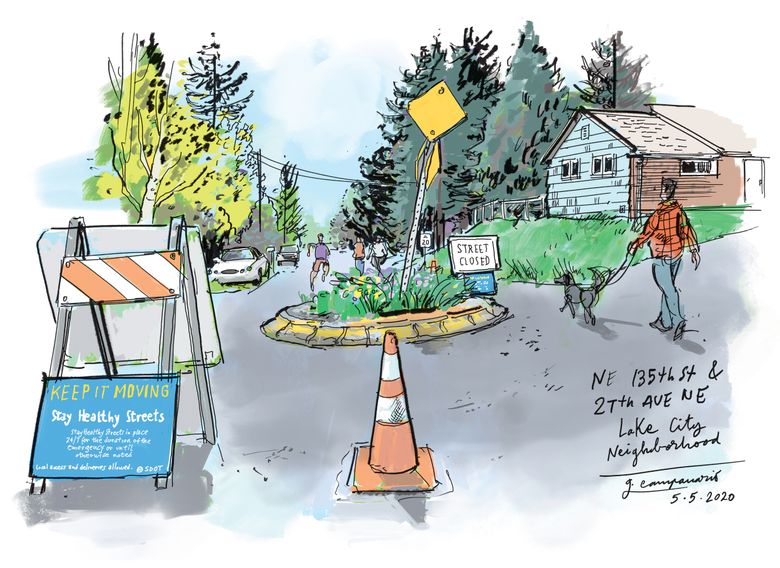 Who knew a humble traffic cone could be so useful in times of a pandemic?

As it became more difficult to practice safe social distancing in crowded parks, the Seattle Department of Transportation came up with a great plan last month: restricting traffic in some streets so everyone has more room to spread out.

Under the Stay Healthy Streets program, 20 miles of city streets have flipped the switch from car traffic to human traffic, limiting vehicle access only to residents and deliveries. What started as a temporary measure has now become permanent, the city announced May 7. The program launched in West Seattle and the Central District, and later expanded to include street closures in Greenwood, Othello/Rainier Beach, Beacon Hill, Green Lake, Lake City, Aurora/Licton Springs, Ballard and Delridge/Highland Park.

On this Lake City street, I appreciated the opportunity to plunk my three-legged stool right in the middle of the road to draw the scene. Isn’t it nice to see more people walking, biking and exercising outdoors these days?

It’s interesting that it took a pandemic to make us rethink how streets can make us happier and healthier. I say throw in a few more of those cones!