Halfway up the defeating ash field on Mount St. Helens in August, Barbara Travers saw 19 members of her group already at the mountain’s summit. Travers, now 66, was the second-to-last hiker and the second-oldest member of the group. Six hours into the climb, she was exhausted and feeling the altitude.

She couldn’t hear her friends but knew they were cheering for her; that encouragement gave Travers the boost she needed to make it to the mountaintop. As Travers neared the summit, several members rushed to greet her, and she broke down, suddenly realizing the magnitude of the moment: She was at the top of a volcano.

“It was the most amazing feeling I’ve ever felt,” she said. “Almost as good as beating cancer.”

Just 16 months prior, the Kirkland resident was undergoing a stem cell transplant after seven months of induction chemotherapy to treat multiple myeloma. Despite the invasive stem cell treatment, which can demand two years for a full recovery, Travers spent months training to climb Mount St. Helens and, on Aug. 10, was one of 21 women who climbed the mountain as part of a fundraiser for Team Survivor Northwest that raised nearly $50,000. All but two of the women on the trip were cancer survivors, with an age range that spanned from 42 to 66.

Team Survivor Northwest provides health and fitness education and resources to help female cancer survivors take control of their physical and emotional well-being. The organization hosts exercise classes, including midweek hiking and fitness classes, plus a fundraising mountain climb every other year, an annual fitness retreat and dragon boat racing. Members can join at any stage of treatment or recovery and start at any fitness level.

During chemotherapy treatment, Travers expressed a desire to find a support group that went beyond talking about cancer. She wanted to be with people who understood what she was going through and wanted to focus on getting beyond cancer.

That’s when one of her nurses recommended TSNW, explaining that its members were a bunch of “badass women who get out and do stuff.”

At the time, the pandemic was in full swing, so Travers signed up for Zoom classes. Many months later, when organizers announced this year’s fundraiser hike would tackle Mount St. Helens, Travers applied. Previously, hiking to Travers meant a lap around Green Lake.

This year’s hiking group began training in May, going for weekly hikes and gradually increasing distance and difficulty over time. Training entailed everything from putting one foot in front of the other to strength and mental training.

St. Helens hiker Susanna Ray, of Seattle, joined TSNW in February 2020, attending just one in-person event before the pandemic shut everything down. “I was so bummed because I was really excited about getting to exercise,” she said. “At that point, I was still walking with a cane.”

At 47 years old, she was determined to build her strength. She attended classes four days per week and soon was able to walk cane-free.

Beating the odds is nothing new to the Seattleite. When Ray was diagnosed with stage IV uterine cancer, she was given just a 10%-15% chance of making it to her 50th birthday. She turned 50 in September, over three and a half years after her diagnosis and the month after she climbed Mount St. Helens. It was a long road to the mountaintop.

A little over a year after joining TSNW, Ray’s oncologist unexpectedly had to take her off the medication that was keeping her alive. There was no replacement.

“I remember that I took the very last pill on July 28, 2021, and felt completely untethered,” she said. “I just kind of said to my body, ‘OK, you need to be strong and you need to keep your cells in check and I’m going to do everything I can to help you with that.’” 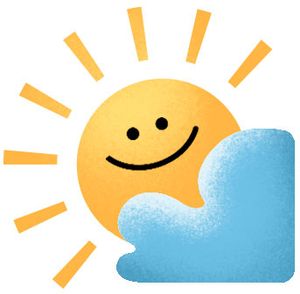 Exercise, good food and caring for her mental and emotional health served as Ray’s treatment. When TSNW announced the St. Helens climb this past spring, Ray thought, “I don’t know if I’ll make it, but I’ll try.”

Ray had spent more than three years relying on her husband to help her with just about everything. But hikes with TSNW transformed Ray from a “weak stage IV cancer patient who needed help with everything to a strong woman.”

One evening this summer, she had an epiphany after asking her husband for a glass of water: “I just climbed Mount Si!” Ray remembers thinking. “I can go downstairs and get my own water!”

A few weeks later, as she stood at the summit of Mount St. Helens peering into its crater, Ray couldn’t help but feel connected to the volcano.

“We both had our bodies explode, and she’s not the same mountain and I’m not the same person, but Mount St. Helens is still so beautiful and now even more accessible to people like me than she was before she erupted,” Ray said. “I just thought about all these women who had a similar experience as Mount St. Helens, and now we’re all sitting on her.”

“When I took this on, I didn’t realize how big it was going to get,” said Abbe Jacobson, a volunteer guide and vice president of the TSNW board. “It was the biggest climb we’ve done with the largest group of women and the most amount of money ever raised.”

Jacobson, an ovarian cancer survivor, became involved with TSNW two decades ago, when she was diagnosed with cancer. Participating in the climb was her way of celebrating 20 years cancer-free.

Jacobson felt overwhelmed at her first retreat with TSNW years ago. It was a markedly different atmosphere than a typical cancer support group.

“There were all these women who were rowdy and having fun, but we had all just had cancer,” she said. “You go to a support group and it’s kinda doom and gloom. [With TNSW], you’re not focusing on the cancer, you’re moving forward and focusing on the idea of feeling strong again.”

Numerous studies show that a regular cardio and strength routine cannot only help prevent some forms of cancer, but can also help improve survival rates by up to 50%, reduce depression and enhance the immune system.

“We have a firm belief that exercise can change people’s lives after a diagnosis,” Jacobson said. “Team Survivor Northwest has many long-term survivors. I had a full hysterectomy. It’s a miracle that I’m still walking around this Earth and climbing mountains.”

In addition to the time spent building endurance on the trail, there are also hours spent talking together, pairing physical training with emotional healing.

“We all knew everybody’s story,” Travers said. “If ever I would think, ‘This person is so much better than me because she’s faster,’ I would remember that she went through this, too. We all knew what everyone had gone through.”

On this journey, Travers was reminded of a quote she saw when she was first diagnosed.

“It said something to the effect of, ‘This mountain is put in front of you so that you can help others get up it.’ I didn’t know what that meant until I summited Mount St. Helens,” she said. “I got cancer, I went through the treatment and I can help other people.”

It turns out climbing a mountain requires putting one foot in front of the other, not unlike battling cancer.

Jen Sotolongo: jgsoto@gmail.com; Jen Sotolongo is a Seattle-based freelance writer. You can reach her at jgsoto@gmail.com.﻿
View Comments
Posting comments is now limited to subscribers only. View subscription offers here. For more information, visit our FAQ's.