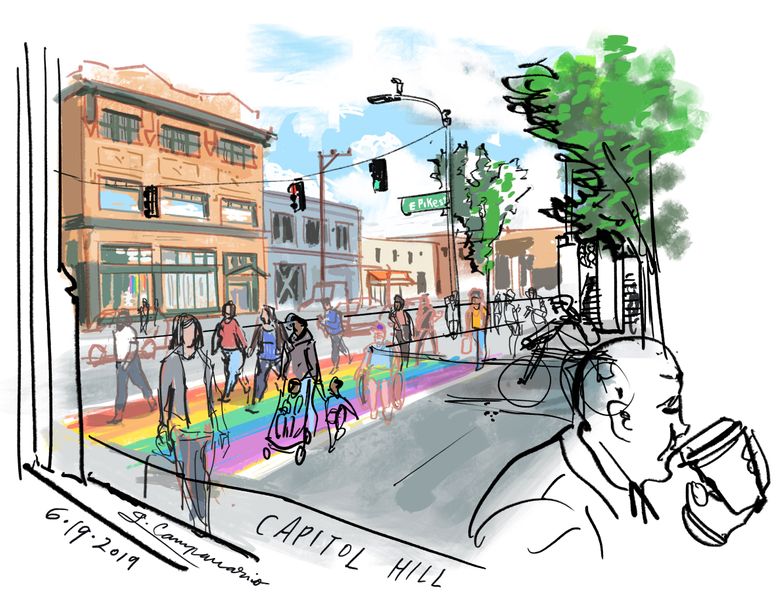 For an up-close look at Seattle’s diverse population, I recently sat to observe the parade of humans of every age, race, gender, sexual orientation and fashion style from the Starbucks  at East Pike Street and Broadway on Capitol Hill.

From moms pushing strollers to bearded, tattooed dudes to gay couples holding hands, millennials wearing headsets and folks in wheelchairs, the eclectic stream of humanity lived up to the message of inclusivity represented by the rainbow-striped crosswalk everyone steps on. The colorful crossing is one of 11 that were painted with the rainbow flag on Capitol Hill back in 2015.

The first city to have the genius idea of turning boring zebra crossings into a permanent expression of gay pride may have been West Hollywood in 2012. From Key West, Florida, to Vancouver, B.C., many cities have embraced pride-colored crosswalks since then.

It’s great to see Seattle wear the rainbow colors proudly every summer when Pride festivities kick off around the region. It’s even better that expressions of gay pride like these crosswalks can be seen all year-round.