Remember this blog-post? The one in which I reported that “Papa” Dany Mitchell(i) planned to shutter the long-lived Pioneer Square trattoria that bears his name? Well, he managed to limp along in the Square since then by (as he puts it) “partnering with the IRS.” Today his partners are breathing down his neck, he says, and seeing as he’s “a little long in the tooth” — and decidedly short in the pocketbook, after 32 years in business, it’s time to call it quits. 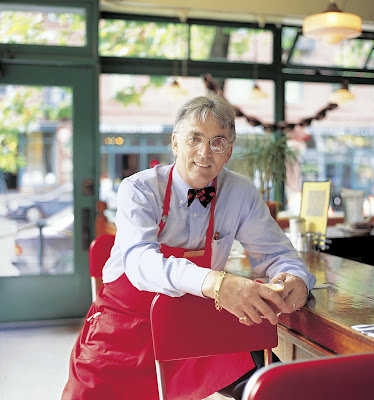 “It’s not a matter of crying wolf,” insists Papa, who called to inform me of the impending closure. “The restaurant will be dark January first and an auction will take place January 20th.” At which point Dany will join his wife in Le Barroux, France — where she’s resided for the past year and a half.

“Our last day is New Year’s Eve, and we’ll be having parties on the 30th and the 31st, doing it on the basis of `Let’s eat and drink it till it’s gone.'” You’ll have to pony-up to party, though. “We’re deeply discounting everything to make sure all the inventory’s eaten and drunk,” he says, adding “it’s a cash-only deal.”