Where do I go for noodles? The list is endless. But when it came time to round-up some favorites to go along with my cover story for Sunday’s Pacific Northwest Dining Out 2011, here’s what I had to say:

I’m crazy for the cavatelli at the Book Bindery (198 Nickerson St., Seattle; 206-283-2665), where those seashell shapes share the plate with wild mushrooms, bitter greens and pickled pearl onions, the sauce finessed with foie gras. 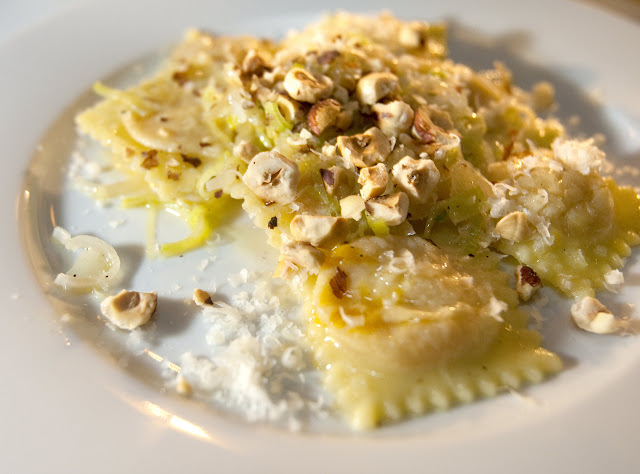 ‘Tis the season, for butternut-squash ravioli with hazelnuts, at Cantinetta. [Seattle Times/Mike Siegel]

Gossamer goodness defines the fonduta-filled cappelletti I’ve eaten time and again at Cuoco (310 Terry Ave. N., Seattle; 206-971-0710), where those “little hats” prove you can be too rich and too thin.

And if you’ve yet to sample the egg-yolk extravaganza that describes a tempting tangle of tajarin I’m so fond of at Spinasse (1531 14th Ave., Seattle; 206-251-7673), the trattoria’s recent expansion provides a good excuse.

Across the lake at Cafe Lago (2305 24th Ave. E., Seattle; 206-329-8005), ricotta and bright tomato sauce layer the legendary lasagna whose translucent pasta sheets still give a girl a thrill. 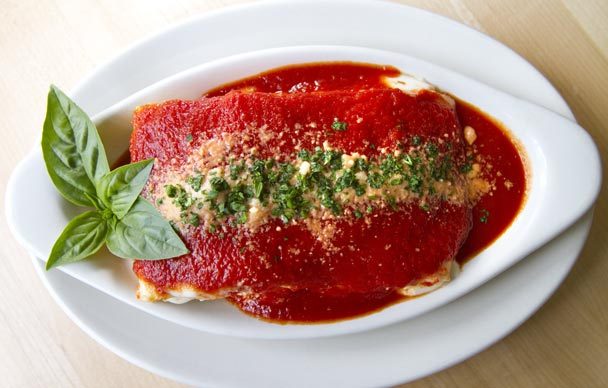 Cafe Lago’s lasagne looks great from on-high, but you should see it from the side, preferably with a fork in hand. [Seattle Times/Mike Siegel]

Looking for a family-friendly spot or a casual date-night dinner? Consider Perche No Pasta & Vino (1319 N. 49th St., Seattle; 206-547-0222), where pasta comes in rainbow hues and a multitude of shapes (I’m a fan of the spicy gemelli arrabbiata).

The “original macaroni and cheese” at Pair (5501 30th Ave. N.E., Seattle; 206-526-7655) ain’t no kid stuff, but the bubbling casserole built with campanille, fontina cheese and a shower of toasted breadcrumbs remains on this kid’s must-have list.

I get my pelmeni and pierogi fix at the multicultural cafe Caravan Kebab (9711 Firdale Ave., Edmonds; 206-546-7999), where the chunky, handmade dumplings are even better than my Russian bubbie’s. 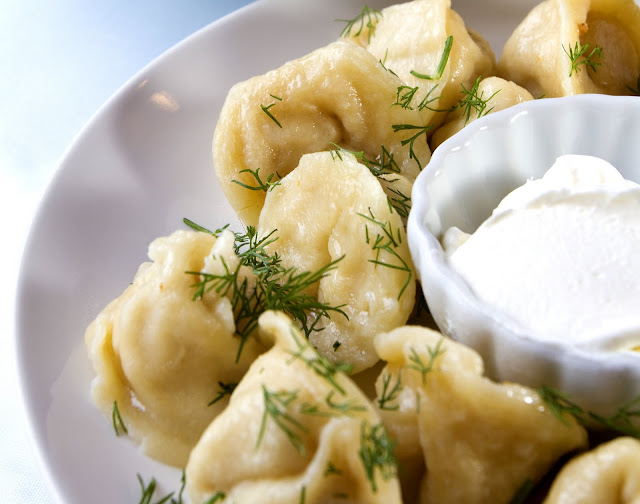 At Thai One On (12343 Lake City Way N.E., Seattle; 206 362-6999), I’m transported to Northern Thailand when seated before a bowl of kao soy: egg noodles boiled and fried, soaked with yellow curry and coconut milk, and scattered with pickled mustard greens, fried shallots and garlic.

Head east to Redmond, however, for Szechuan-style handshaven dan dan noodles at Spicy Talk Bistro (16650 Redmond Way, Redmond; 425-558-7858), which live up to the restaurant’s moniker. 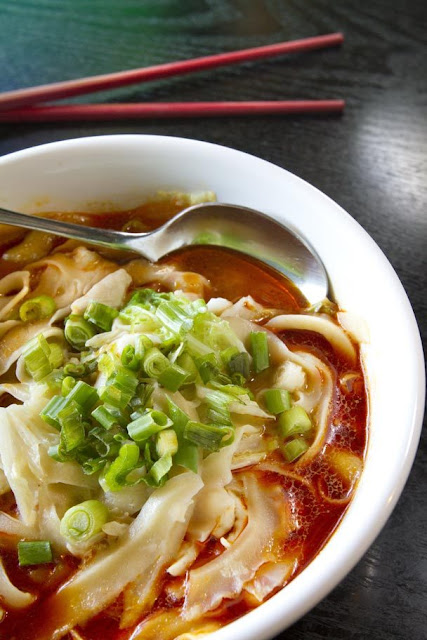 You can’t throw a chopstick in the International District without hitting a Chinese soup noodle joint, and some argue Mike’s Noodle House (418 Maynard Ave. S., Seattle; 206-389-7099) does it best. But what’s best nestled with those noodles? I opt for plump sui-kau dumplings exploding with pork, shrimp and black mushrooms.

For Korean soup dumplings, the garlicky mandu-guk at Hae-nam Kalbi & Calamari (15001 Aurora Ave. N., Shoreline; 206-367-7843) offers a beefy boost, and so does naengmyeon: cold buckwheat noodles whose icy beef broth (a warm-weather must) is garnished with crisp Asian pear, daikon radish and cucumber.

Though chef Rachel Yang has a Korean accent, the noodles she and husband Seif Chirchi roll out at Revel (403 N. 36th St., Seattle; 206-547-2040) mark a less traditional approach to Asian eats. I can’t say which I crave more: their delicately flavored knife-cut basil noodles with clams or the bold egg noodles with smoked pork belly, sauerkraut and chiles. 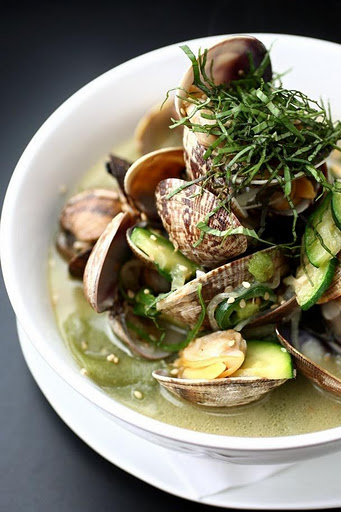 Clams. Basil noodles. What more can a girl ask for? (Answer: one of Revel’s ice cream sandwiches, after.) [Seattle Times/John Lok]

Or consider the Okinawa soba at the intimate Taka Sushi (18904 Highway 99, Suite A, Lynnwood; 425-778-1689), where proud Okinawan Tomokatsu Takayama serves his soup’s pork on the bone, its broth floating with fabulous fish cake (yes, he made it), the noodles maintaining their chew. 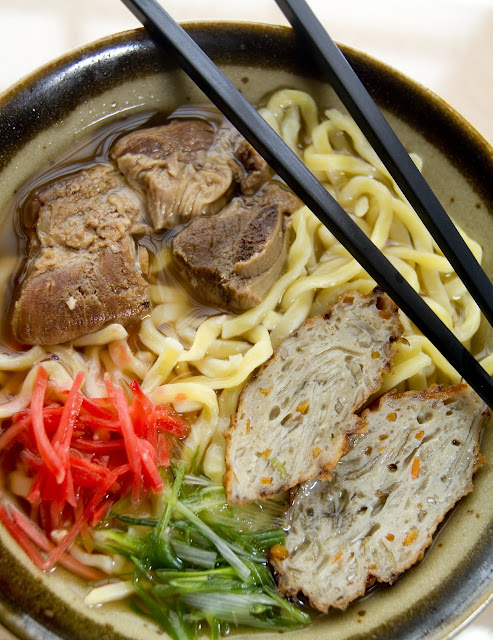 So, now that I shared some of my local noodle favorites, tell me about yours.