The best-tasting anything is in the mouth of the beholder (or be-taster?), but Amora is the French’s mustard of France: It’s the No. 1 mustard in the mustard-loving country known for mustard-making since the 10th century. All hail Amora! “For the love of taste,” the edge of the lid translates — and French people have a nostalgic love for Amora mustard that’s so strong, the owner of Seattle’s Paris-Madrid Grocery says that some of them get teary-eyed upon seeing it there again. 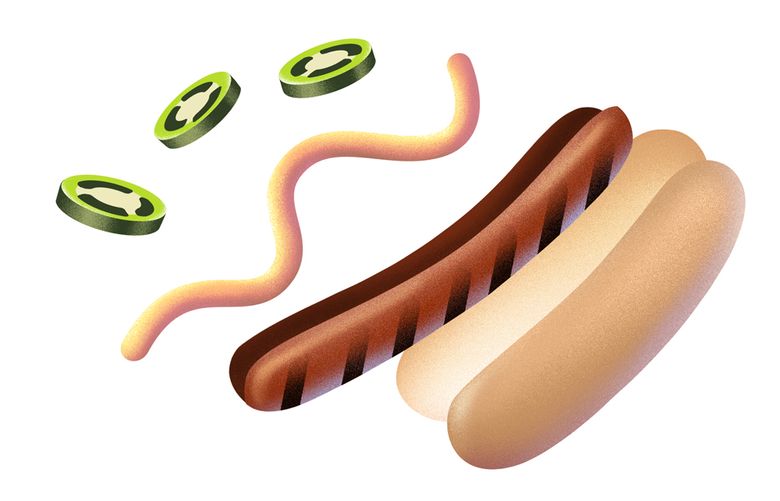 Pardon me, would you have any Grey Poupon? It’s the (much) more famous Dijon mustard stateside, but as classy as G.P.’s image may be, what gets sold under that name here is made by Kraft in Michigan — and contains sugar. We can do better. While Amora itself, formerly a small company, is now owned by Unilever, it still promises “authentic taste,” it’s still made in France, and it does not have sugar added. Its place in Seattle gourmands’ hearts and fridges remains, too — Big John’s PFI and ChefShop sell lots of it locally (and ChefShop ships, for sending jars of Amora to friends).

The word “Amora” is clearly meant to conjure up “amour,” the French word for love that’s appropriately passionate in this most-excellent-mustard context. (Though in Portuguese, “amora” means “blackberry” — go figure.)

I would swear that Amora’s spiciness recently got slightly stronger — supply chain issues? But the balance between refinement and fortitude abides, the flavor so rich, you’ll want to lick the knife. Enjoy it on a hot dog, etc., or make the best classic vinaigrette of your life.