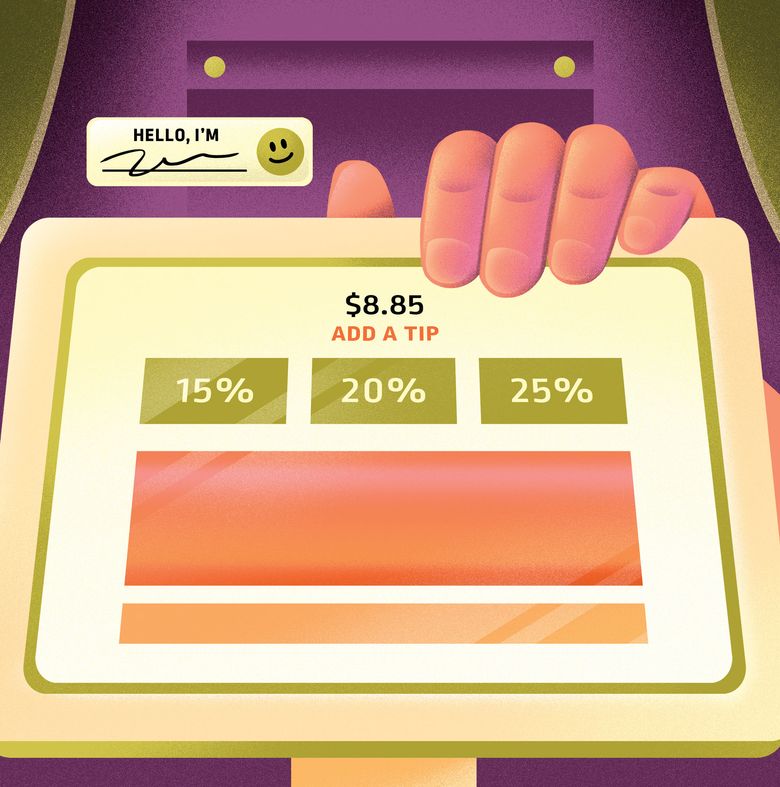 Do you find yourself suffering from tip anxiety?

How much should I tip, and when? Where does my tip go? Do I have to tip on takeout? How did this latte cost me $8?

From food delivery and DoorDash drivers to nail techs, etiquette tastemakers, restaurant servers and tour guides, we spoke to Seattle-area tipped workers and experts for a deep dive into all things tipping: its sketchy past, its overwhelming, tech-heavy present, and what gratuity might look like in the future.

The past, present and future of tipping and tipped workers in Seattle

It was once a misdemeanor to tip someone in Washington. Now, we have some of the best labor laws for tipped workers. So what’s next for the practice of tipping?

More than one way to tip? How tipping works at Seattle-area restaurants

Tips belong to employees, but management decides how they’re distributed. Here’s how four restaurants approach the controversial topic of tipping.

Because of new tech, customers are tipping more than ever, and servers often know before providing service how much a customer tipped.

Whom and how much should you tip? It depends, experts say

Overwhelmed by how often you’re asked to tip? The gratuity landscape is confusing. We spoke to experts to break down when and how much you’re expected to tip.

What is a good tip? Seattle-area tipped workers break it down

Nobody seems to know when and where, exactly, to leave a tip. The Seattle Times spoke to tipped workers in different industries for their thoughts on tipping.