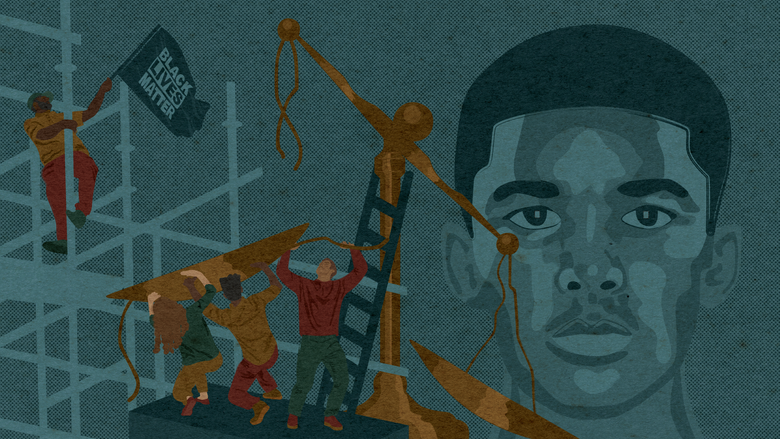 To Roman, Alexander, Serea and Jada:

You’re not yet old enough to know about Trayvon Martin. But every time I think of his life, I think of yours.

Trayvon was killed by fear, a fear that you might one day face. A fear that would transform you from children into beasts.

He wasn’t the only, nor the first, nor will he be the last Black person to lose their life in this way. But for many in my generation, his death was the shrieking revelation that our nation still firmly scorned Black life.

Ten years ago, on Feb. 26, 2012, a self-professed neighborhood watchman named George Zimmerman shot and killed Trayvon. Trayvon, a teenager, was walking back to the apartment of his father’s girlfriend after picking up a package of Skittles and a can of iced tea from a local convenience store.

Trayvon had done nothing to provoke Zimmerman, had wronged him in no way, nor committed any crime. Yet, Zimmerman took it upon himself to approach Trayvon, profiling him as a criminal because he wore a hoodie and had dark skin while walking in the rain.

As Tracy Martin, Trayvon’s father, would tell me and other attendees during a 2019 conference, “The media denigrated my son for wearing a hoodie [ … but] bigots in America have been wearing hoods for a hundred years.”

Unfortunately, in this country, you’ll find that Black men wearing hoodies still arouse more fear than the actions of bigots.

Zimmerman approached Trayvon, even as police told him not to do so. They struggled and Zimmerman shot and killed Trayvon.

Even though Zimmerman confessed to shooting Trayvon and was brought in for questioning by local police, it would take 45 days to charge him, and only after public demonstrations and national outcry.

Ultimately, it wouldn’t matter. Zimmerman would be acquitted on July 13, 2013, and go on to auction off the gun he killed Trayvon with for hundreds of thousands of dollars, calling it a “piece of American history.”

Zimmerman’s acquittal would forever shatter my illusion of a nation fully accepting the inviolable right of Black people to live, simply live, without the constant prospect of horror.

It is an illusion impossible of being rebuilt.

For many in my generation, his death was the shrieking revelation that our nation still firmly scorned Black life.

People, who never asked to be, but became martyrs in a society still sickened by the addiction of white hegemony.

In every case, marchers would demand justice for their deaths. They would receive it in the cases of Floyd and Arbery only after sweeping nationwide protests during the middle of a pandemic, and after horrific video evidence eliminated any shred of doubt that their deaths were murder.

Perhaps I should celebrate these examples as progress in the 10 years since Trayvon’s death. Perhaps I should welcome the signs and placards that hang in storefront windows, and litter every third lawn in our city exclaiming “Black Lives Matter.”

But throughout it all, your great-uncle asks: What has changed so significantly to keep you from suffering Trayvon’s fate?

It is no great thing that justice must still be demanded, rather than expected. Make no mistake, justice is not asking that a murderer be held accountable for those he murdered.

Our world is unfair, and unjust.

This is why my love for you — and that of your parents, grandparents and all your kin — may never be enough to protect you. I wish this country could see you and think of the gleam of wonder in your eyes as you witnessed your first snowfall last December.

I wish I could make this country forever picture you with your oversized glasses perched on your bubbly cheeks and wearing stethoscopes twice the size of your heads as you played doctor. Perhaps that would forbid this country from ever thinking you could be monsters.

As you grow, I wish there were a way to make America remember the joy of your laughter when your grandmother tickles your belly, and the radiance of your smiles illuminated by the silly contortions your parents make with their faces to amuse you.

If love were enough, there would not have been 190 days last year where police killed Black people.

If love were enough, there would not have been 190 days last year where police killed Black people. If love were enough, Alton Sterling, Philando Castile, Renisha McBride, Freddie Gray, Laquan McDonald, Tamir Rice, Natasha McKenna, Latrel Williams, Charleena Lyles, Atatiana Jefferson, Tyianna Alexander, Bianca “Muffin” Bankz, Dominique Jackson and Manuel Ellis would be alive today. If love were enough, it would be impossible to transform you into a threat by the time you enter kindergarten.

Since Trayvon, I’ve decided against having children. I’m afraid that this nation would deny their birthright of a life without terror, without shame and without subordination.

I once believed the uprisings emerging after the death of George Floyd, and all the vows to fight for Black lives that followed, might lead to a world that adores you as much I do.

Yet, I still witness white vigilantes honored, a record number of police killings last year and retreating support for an affirmation of Black life. I see a country with a different rhythm but the same blues.

Without children of my own, I give to you what has allowed our people to withstand long horrors, and the sustained denial of our humanity in our nation’s laws, customs and economy.

I cannot protect you, but I can do something this world seems unable to do. I can love you.

I can love you with the same force that has allowed our people to endure through the horrors of heartbreak. It is a force that refuses to resign your lives to shame, hopelessness and inferiority.

It is that force that kept Trayvon’s parents from collapsing from the weight of his death and instead fueled their fight against gun violence.

It is that force, which courses through the veins of our own Black brothers, sisters, children, great- nieces and nephews, that spurred enough of this country to rise up in love and indignation following Trayvon’s murder, and every other theft of Black life taken too soon.

This is Trayvon’s legacy. It is our legacy.

Marcus Harrison Green on Twitter: @mhgreen3000. Marcus Harrison Green is the founder of the South Seattle Emerald, which focuses on telling the stories of South Seattle and its residents. The Seattle native writes a monthly column co-published by the Emerald and The Seattle Times. Contact Marcus here.
View Comments
Posting comments is now limited to subscribers only. View subscription offers here. For more information, visit our FAQ's.