In 2018, Joshua Epstein bought a house in Shoreline and began renovating the garage into a living space. However, he lacked the space to stow and the funds to buy the equipment that such a project would require.

With a membership to the NE Seattle Tool Library, or NESTL, Epstein discovered he could borrow 30-foot scaffolding, roto hammers, concrete saws and other items he needed to get the job done.

Tool-library volunteers and YouTube videos helped Epstein as he first upgraded the Shoreline house, then overhauled a rental property. Last year, he created an Airbnb rental in Sequim; next, he plans to fix up a 1979 Avion aluminum trailer.

Today, Epstein is one of the tool library’s two coordinators, when he’s not working in property management and repairs or taking care of his 2-year-old son, Cedar.

Public tool libraries are a growing phenomenon, with hundreds of facilities popping up worldwide. There are around a dozen tool libraries operating in and around Seattle, some more specialized (urban farming, business energy use) and others, like NESTL, focused on tools for the home and garden. Memberships commonly cost around $50 per year.

In Seattle, tool libraries have been established in Phinney Ridge, West Seattle, Capitol Hill and Southeast Seattle. Outside the city, members can visit libraries in places like Vashon Island, Tacoma and Federal Way.

These tool libraries offer many advantages for the DIYer, according to Epstein.

“You don’t have to buy tools you’ll use a few times a year, or work to maintain tools, or find the space to store tools,” he says. In addition, tool libraries help to keep broken materials out of landfills. Volunteers service and repair equipment throughout the lend-return cycle.

Located in a modest-size building just off Lake City Way, NESTL maintains an inventory of more than 8,000 items. In addition to its wide range of common home-project tools, there are more specialized pieces like an apple cider press, food dehydrator, microscope and s’mores maker, as well as catering supplies for up to 100 people.

They carry “essentially anything that helps with a task,” Epstein says.

Tool libraries range in size and scope. The Southeast Seattle Tool Library (SESTL) is petite, with tools stored in a three-car garage at the base of an apartment building on Martin Luther King Jr. Way.

“It’s a challenge to curate the space, so people aren’t disappointed when they want a tool that we don’t have,” says Susan Keiff, the SESTL volunteer manager. “With our extensive tool inventory, most folks find what they’re looking for.”

A tool for every job

Volunteers tailor SESTL’s collection of 3,000 tools to the needs of its users. The library’s 13 electric lawn mowers are popular during the summer, for instance. In winter, volunteers store the equipment in what Keiff calls “mower towers” and bring out high-demand cold-month tools.

The Southeast Seattle location opened in May 2015, Keiff says, thanks largely to the efforts of retired nonprofit executive Sally Bailey, who recognized that the city’s south end was a “tool desert” and set out to change that.

“Many residents have the skills and determination to do their own projects but can’t afford to rent or buy the tools needed to complete them,” Keiff says.

During the COVID-19 pandemic, new members have flocked to SESTL, as members worked on long-postponed house projects or started gardens. Keiff says the library only closed for two weeks last year. 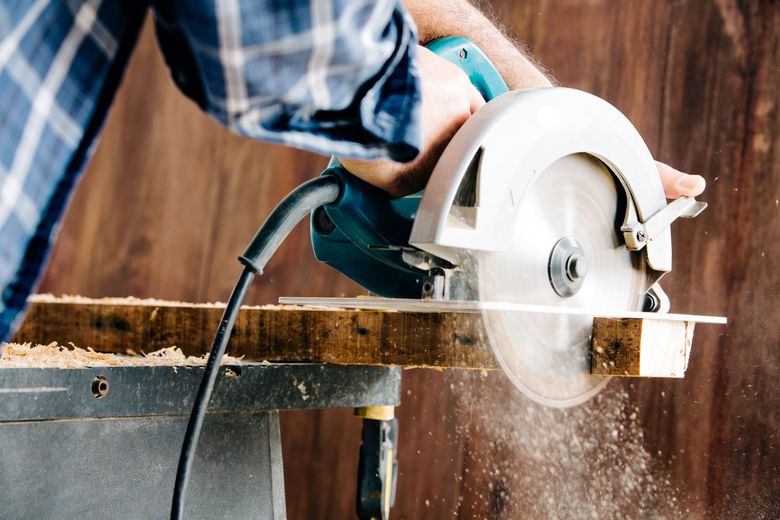 In general, members live within each tool library’s geographic area or in nearby neighborhoods. Membership usually requires being 18 or older, completing an application and liability waiver, and showing a government-issued ID card. While most groups require a membership fee of around $50 per year, others offer voluntary or sliding-scale memberships. Some charge a smaller weekly fee ($1-$10) per borrowed item instead.

Members can begin their tool search by checking their library’s online inventory to see if the item they need is in stock. A broad range of DIY equipment is kept at most locations, including tools used for carpentry, concrete and masonry, electrical repair, plumbing, drywall and yard and garden.

Items are often donated to libraries by companies or individuals, “especially when they downsize, move out of town, or realize a tool they don’t use very often could be shared with the community,” Keiff says.

“We’re pretty trusting of folks, and every once in a while, something gets stolen. But then we’ll get [a few] tools donated,” he says.

At tool libraries, volunteers and borrowers frequently trade tips and expertise on especially challenging projects. Some tools need a little extra training: NESTL requires borrowers to get instruction before borrowing chainsaws, which can be dangerous, and power-washers, which can be misused and broken.

At SESTL, a professional cabinetmaker volunteers every other Saturday and offers one-on-one lessons in the proper use of woodworking equipment. Another volunteer teaches borrowers how to sharpen tools and knives.

Virtual classes in yard care, food preservation and sewing have been offered by the South King Tool Library in Federal Way, which serves South King and North Pierce counties.

DIYers might also pick up new skills at a repair cafe, another fast-growing resource offered by libraries and others. On Oct. 9, the South King Tool Library will host a repair cafe, during which the public can bring broken, nonfunctioning electronics, appliances, furniture and other household items to volunteer “fixers,” who will either repair the item onsite or help troubleshoot and suggest DIY repairs.

“Our repair events foster the idea of empowering folks to do repairs they want to have done to personal items, the empowerment of being able to do things and make the changes they want to see,” says Amanda Miller, the library’s executive director.

The cafes are funded through a grant from Snohomish County Solid Waste and are open to anyone, says Heather Teegarden, the program’s coordinator. She says people have arrived looking to repair their lamps, antique clocks, fans, lawnmowers, coffee makers, toasters and more.

The cafes’ “fabulous fixers” don’t back down from a challenge either, Teegarden says. Offbeat repairs have included an egg incubator and a 1946-era radio that required extensive research and work, including vacuum tube replacement.

Due to concerns about the COVID-19 delta variant, the public is temporarily being asked to drop off their broken items for WSU’s repair cafes at local parks on designated dates. Volunteers will pick up the items and then contact the owners to discuss the needed repairs. The group also has a virtual repair cafe that posts DIY workshops on its YouTube channel.

Epstein says that by capitalizing on the community’s resourcefulness, repair cafes and tool libraries are making a difference.

“Tool libraries benefit the community, environment and savings,” he says. “Tool libraries are a secret that shouldn’t be a secret, and in my dream world, they’re as common as a book library.”