In my time building decks in the Pacific Northwest, some themes have emerged. After a while, you can tell at a glance when a deck will have problems down the road. Here are some of the major lessons and pitfalls to avoid:

1. Don’t try to build a deck that’s waterproof underneath. A waterproof deck tries to be a deck and a roof — and does both poorly. They’re hard to build and maintain. When they leak — and they will eventually leak — the repairs are difficult and expensive. Most contractors won’t even attempt them due to liability concerns. If you must keep the area underneath dry, devise a system that’s under the deck. If you already have one, vigorously maintain it.

2. Really think through your design. It sounds obvious, but good planning is critical. Will you suddenly be peering into your neighbor’s bedroom? Where do you want to enter and exit? How do you plan to use the space? 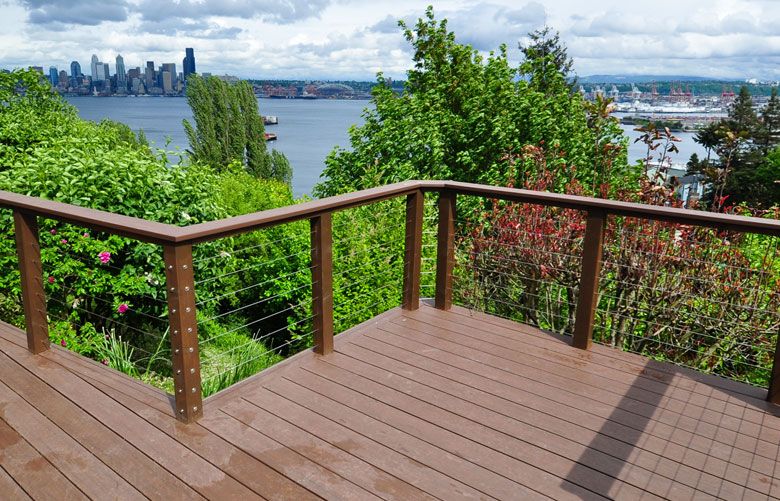 How to get the deck of your dreams, whether you use a pro or DIY

3. Opt for a single elevation instead of multiple levels. Lots of platforms at various heights can be visually pleasing, but often you sacrifice having the space for everyone to sit around a single table.

4. Minimal contact prevents rot. Areas where railing and deck surfaces touch are prone to catching debris and rotting. Choose a railing design that has minimal contact with the surface, and make sure the space can be swept easily.

5. Improve attachments to the house. Catastrophic failure happens when a deck peels away from the home. Ledger boards on older decks are usually attached poorly to the house. An easy upgrade is to install 5-inch SDWS ledger screws and a DTT1Z Deck Tension Tie Kit, both from Simpson Strong-Tie, to your deck.

6. Wobbly railings are a common problem. Secure your rail posts with a pair of Simpson DTT2Z brackets and half-inch-thick galvanized carriage bolts.

8. Mount rail posts on the inside of the frame rather than the outside. This will give greater stability and reduce the chance of rot.

9. Cap the railing with composite. The top of the railing takes abuse from the elements, so protect it with a piece of composite decking.