Skip to content
By
Karen Schmidt
Special to The Seattle Times

Editor’s Note: Seattle resident Karen Schmidt is a longtime chess aficionado and a contributor to Northwest Chess Magazine. Here, she gives her perspective on Netflix’s “The Queen’s Gambit” and its depiction of a woman in the male-dominated world of chess.

Recently a chess friend texted me about a new Netflix series, “The Queen’s Gambit.” I am a Netflix customer, so I decided to check it out. I will admit that I was a little skeptical. I had read an online synopsis of the story: the little Kentucky orphan girl who becomes a chess prodigy and eventually competes in a world-class tournament in Russia. It sounded a little too much like a fairy tale.

I watched episode one and was hooked. Over the next couple of days I binge-watched the other six episodes, and loved the whole experience. Around this time, texts and emails started pouring in from my chess and nonchess friends, asking if I was aware of the series. They know I’m a chess player, and that I am usually the lone female chess player at Westlake Park in downtown Seattle.

I was captivated by this series, based on the novel “The Queen’s Gambit” by Walter Tevis. It was well acted, with interesting characters and outstanding sets. The fictional story of Beth Harmon was set in Kentucky in the 1950s and 1960s; the clothes, hair, cars and furnishings were all spot-on. But more importantly, the series captured the atmosphere and mystique of chess, and, specifically, the chess tournament.

The chess energy, the competition and the psychological dramas all ring true. I noticed only a few minor inconsistencies in the chess scenes, such as players talking during a tournament game. In real life this would not happen. Beth’s story — and struggles — are reminiscent of the author’s own youth, and also of the young American chess grandmaster Bobby Fischer, who beat Boris Spassky of Russia in 1972 for the title of world chess champion. That event sparked a huge interest in chess in America at the time.

I was stunned at the way the series captured the experience of being the lone female chess competitor in a sea of men and boys. It’s not often the experience of being the “lone female” is discussed. I once played in a tournament consisting of 38 men and boys, and two females: a 9-year-old girl and me. Sometimes when other players are finished with their games, they stand over your table and watch you play, so you’re surrounded by many men and boys. It can be intimidating until you get used to it.

The only quibble I have with this series is that quite a few of Beth’s male opponents were friendly, helpful and respectful. In real life for female players, this is not always (or even usually) the case. I have had men tell me they won’t play me, because I’m a woman. 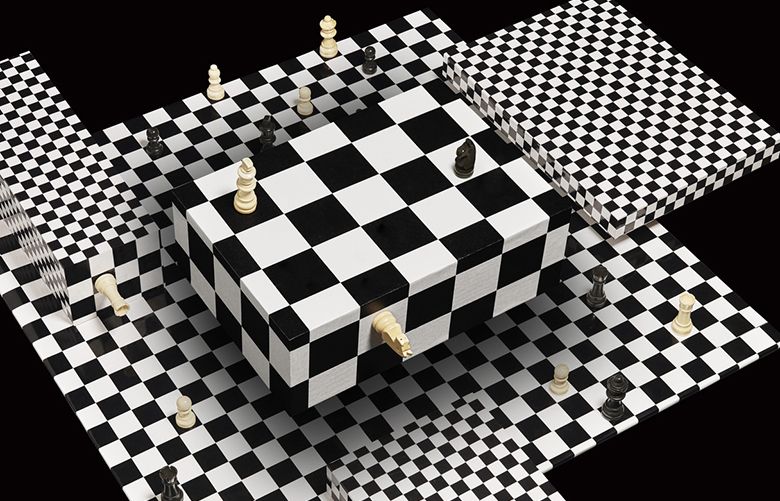 What are you paying for in a $300 chess set? Mostly the knights

After watching this series, I began researching reviews and interviews about it. I particularly enjoyed a recent Slate interview about the series with Garry Kasparov, Russian former world champion, in which he discussed how the director of the Netflix series, Scott Frank, consulted with both Kasparov and Bruce Pandolfini, American chess expert and teacher, to get all the chess details right.

I also watched a recent CNN interview with Kasparov and Judit Polgar, a Hungarian woman who became a grandmaster at the age of 15 in 1991; she has beaten Kasparov and many other top world players, and at her peak was ranked No. 8 in the world in 2005. It was a fascinating interview, including a discussion of comments made by Kasparov in 1989, such as: “Chess does not fit women properly.” (“We all make, you know, mistakes,” he said of that opinion now, during the CNN interview.)

I highly recommend “The Queen’s Gambit.” It seems to have universal appeal beyond the chess theme. As reported in recent news stories, chess sets are flying off the shelves in stores, and the series is wildly popular not only in the United States, but in Russia! Chess teaches many life lessons: concentration, planning ahead, strategy, fair play, persistence, and considering all options before making the next, best move. I hope this series continues to appeal, and causes an increased interest in chess, especially among young players — girls and boys alike.

Karen Schmidt is a longtime Seattle resident and chess enthusiast. Contact her at karenkarkau@gmail.com.