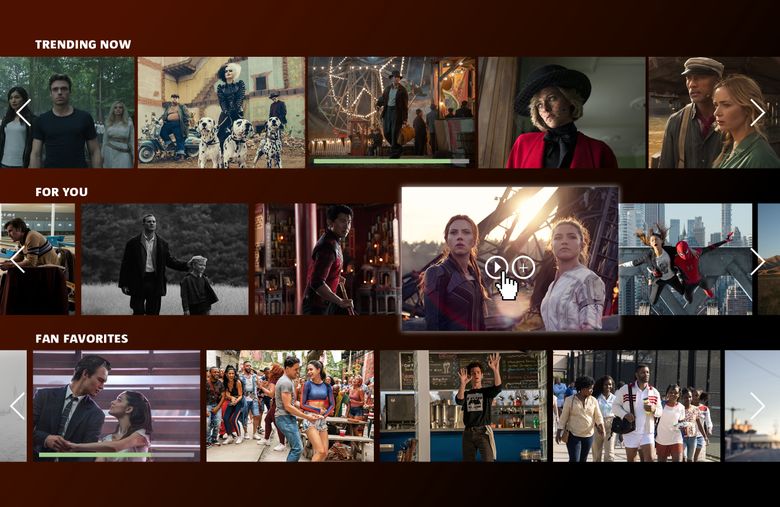 Dear readers — yikes! Can it be done?

A year in which, for months on end,

We sat at home and streamed and dreamt

And tried to not get too verklempt

‘Til summer when, for one brief burst,

We got to slake our movie thirst.

And since then, well, as you can see

The movies opened, with great care

But some of us just can’t be there.

Some old traditions must remain.

So worry not, ‘cause I’m still here

To rhyme a partial movie year!

Look: Spider-Man and MJ, too!

The Rock in “Jungle Cruise” was fine

“Shang-Chi” with his 10 rings was strong

“Eternals” felt a bit too long.

In “House of Gucci” Leto hammed,

We went Down Under for “The Dry”

And “Spencer” brought back Princess Di.

“King Richard” took us to the courts

And let Will Smith emote in shorts.

“Belfast” left me moist of eye,

“A Quiet Place” made my skin crawl.

In musicals, we saw the sights

And reveled in the dancey glory

Of Spielberg’s whirling “West Side Story.”

And just before this month did go,

It wasn’t quite a year of plenty —

Our screens this year gave us a place

To see an unmasked stranger’s face.

And though we may have watched from home

And made the year seem less a slog

So let’s look out, with eyes anew

As futures go, it isn’t shabby:

Now as this verse must fold its cloak

(I really need a Diet Coke)

To all I send much hope and cheer —

With apologies and respect to Roger Angell, whose annual “Greetings, Friends!” poems in The New Yorker inspired my yearly foray into verse.

Ah, what a year it has been! As we wrap up the final days of 2021, take a look back at some of the year’s highlights, including the best Seattle albums, our staff’s favorite TV shows and more.