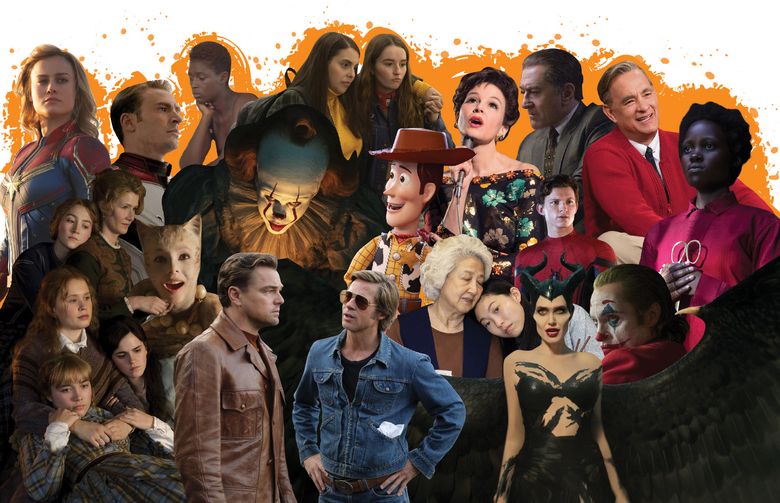 For me to have some fun with rhyme.

A year’s gone past, with breathless haste

While scores of movies past me raced.

The films that held us all in thrall,

That made us laugh or gasp or frown

And gobble too much popcorn down.

(To ponder, as I make my climb:

With what word does “Avengers” rhyme?)

“Last Christmas” was no holiday.

We peeked at “Us,” through tensed-up fingers.

“Maleficent” was one mean fairy.

In “Joker,” Phoenix got all moody

We took some trips, both near and far

“Knives Out” was pure whodunit fun

“It Chapter Two” scared everyone

“The Irishman” was long, but soared

The lovely mood of “The Farewell,”

Those “Booksmart” girls, so full of wit,

The heights that “Marriage Story” hit,

The breathless pace of “Queen & Slim,”

The wonder that was “Parasite.”

Such very different films, and yet,

They all had scenes I can’t forget.

I hope you found some films divine.

Let’s take a peek at next year’s slate:

James Bond is back, for yet one more,

So, in the old year’s final croak,

As I sip one last Diet Coke,

I’ll end this with a heartfelt call:

Happy New Year to you all!

Author’s note: With apologies and respect to Roger Angell, whose annual “Greetings, Friends!” poems in The New Yorker inspired my own annual tradition of verse.