Skip to content
By
Sarah Neilson
Special to The Seattle Times

This month: Seattle-based author and journalist Kristen Millares Young, whose excellent debut novel, “Subduction,” set in Neah Bay, is a staff pick at The Paris Review. Young earned her master’s degree in creative writing in 2012 from the University of Washington, was a fellow at Seattle’s Jack Straw Writers Program, and is now a prose writer-in-residence at Hugo House, where she performs, teaches and mentors other writers. Young reported for the Seattle Post-Intelligencer for five years and has contributed to The New York Times, The Washington Post and beyond.

I am reading “A Silent Fury: The El Bordo Mine Fire,” a nonfiction account of a deadly mine fire in Pachuca, Mexico, by Yuri Herrera, called Mexico’s greatest living novelist. In 1920, a subsidiary of the United States Smelting, Refining and Mining Company locked its workers in burning mine shafts, claiming that 10 people remained inside after a hasty evacuation.

Six days later, the company opened the door to find seven survivors among 80 dead miners. Drawing upon the powers of observation which underlie his novels “Signs Preceding the End of the World” and “The Transmigration of Bodies,” Herrera has written an unsparing account with resonant lessons about workers’ rights, which still need protection 100 years later.

Awarded the 2019 PEN Translates award for Lisa Dillman’s translation from the original Spanish, “A Silent Fury” comes out on June 16.

What book have you reread the most?

To study how to distill astonishing amounts of clashing information into a suspenseful true story, I reread “The Devil’s Highway” by Luis Alberto Urrea, whom I had the great honor of interviewing for Seattle Arts & Lectures.

Urrea has spent much of his life detailing the iterative catastrophes occasioned by socioeconomic inequities and absurd policies along our southern border.

“The Devil’s Highway” is his chronicle of a 2001 tragedy in which a group of undocumented migrants, crossing the southern U.S. border in pursuit of happiness and wage work, instead found death in the Arizona desert. Invoking a lyric landscape with horrific details meted out with great timing and precision, Urrea created an intimate chronicle with epic sweep. “The Devil’s Highway” yields relevant wisdom about hemispheric immigration and the southern border.

What book do you recommend other people read and why?

I often teach the work of Elissa Washuta (Cowlitz), the author of “My Body Is a Book of Rules,” a kaleidoscopic memoir about sexual violence, mental illness and the hard work of finding freedom of thought and body. I recommend her memoir to writers looking to hone their craft and to readers who want to get beyond the linear narratives that dominate commercial markets.

On April 27, 2021, Washuta has a new essay collection called “White Magic” coming out from Tin House. In “White Magic,” Washuta plumbs what it meant for her to face life under colonization and ease into loving without the crutch of addiction. Drawing upon the stories of her ancestors alongside cultural influences like Stevie Nicks and “Twin Peaks,” Washuta investigates her approach to witchery which has been deracinated by white culture. Watch for it. 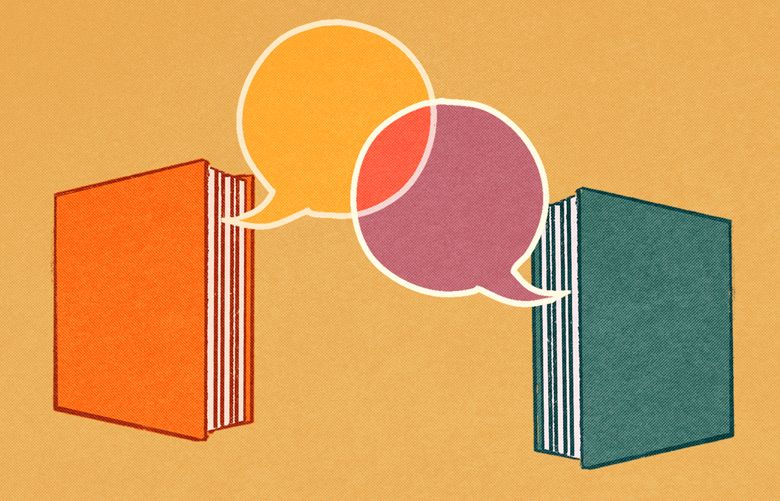 Sarah Neilson on Twitter: @sarahmariewrote. Sarah Neilson is a freelance writer and book critic based in Seattle. They can be found on Instagram @readrunsea; and on their website: sarahneilsonwriter.com.