On Feb. 19, 1942, President Franklin D. Roosevelt signed Executive Order 9066, paving the way to remove residents and citizens with Japanese ancestry from their homes near military zones and move them into internment camps.

Two weeks before that, the FBI in Seattle had declared that any Bainbridge Island Japanese person with cameras or firearms would be taken into custody. Agents went to the island to question families there, take contraband away and arrest people.

To ensure that we learn the lessons of the past, Feb. 19 is observed as a Day of Remembrance for those who were incarcerated as a result of Executive Order 9066.

Here are some ways locals are marking the occasion:

• The Wing Luke Museum is leading a guided tour around Seattle, showing cultural sites around Japantown. The Japanese American Remembrance Trail walk, scheduled for 10:30 a.m. Saturday is sold out. But a map is available online so you can download it and follow along at your own pace. And you can visit the museum, which is open Tuesday through Sunday at 719 S. King St. For more information, visit the Japanese Cultural and Community Center of Washington.

• To highlight similarities between the Japanese incarceration of the 1940s and the confinement of immigrants and refugees in the United States today, several organizations are holding a demonstration, dubbed “Day of Remembrance, Day of Action,” at the Northwest Detention Center in Tacoma. “As survivors and descendants of Japanese American WWII incarceration,” the event description says, “we stand united with all those who have suffered the atrocities of U.S. concentration camps, past and present, to say, ‘Stop Repeating History!’ “ 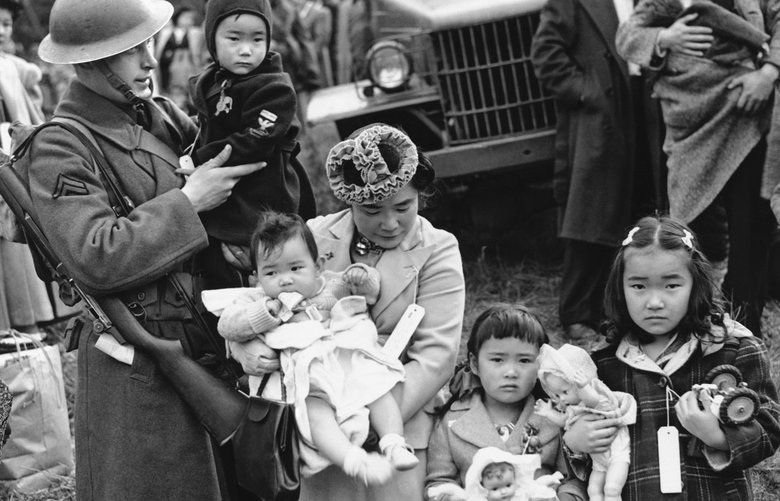