Half a century ago, a small resident dance company nestled under the umbrella of Seattle Opera incorporated as the Pacific Northwest Dance Association and marked a turning point in Seattle’s live performance scene.

On Sept. 23, the company now known as Pacific Northwest Ballet starts its 50th anniversary season. PNB is a vastly different company now than it was in 1972: More than 50% of its dancers self-identify as people of color (up from 27% 10 years ago); in the 2021-22 season, some roles traditionally performed by women were danced by an artist born into a male body; and the company’s repertoire, once chock-full of classical story ballets and American classics from George Balanchine and former PNB co-artistic director Kent Stowell, has morphed into a smorgasbord as heavy on contemporary dance and modernist ballets as it is on old favorites.

Company soloist Jonathan Batista describes PNB’s artistic evolution as a merging of tradition and innovation. Trained in his native Brazil and the English National Ballet, Batista came to PNB in 2021 and soon found himself performing the role of Tybalt in Jean-Christophe Maillot’s modernist ballet “Romeo et Juliet.”

“Learning the role of Tybalt was like walking into a new apartment you hadn’t yet moved into, where you can write your own story,” Batista says, explaining how Maillot’s minimalist set and highly emotive, theatrical choreography require dancers to break out of their classical training and insert more creative interpretation to the roles.

Breaking from tradition continued through Batista’s first season when he performed the lead role of Prince Siegfried in Stowell’s “Swan Lake” with principal dancer Angelica Generosa.

“I think our ‘Swan Lake’ was important to the community because having a Black man and a Filipina ballerina carried weight,” he says. “American ballet has a big opportunity to showcase cultures. I’m proud of that.”

PNB’s cultural evolution does not mean the older classical ballets are thrown away. Stowell and Francia Russell, artistic directors of the company from 1977 to 2005, brought a significant classical repertoire to PNB that remains within the company’s most popular works.

“Francia had this terrific ability to stage Balanchine ballets,” Stowell says. Ballets by Balanchine, the famous Russian choreographer and co-founder of the New York City Ballet, were immensely popular through the 1970s and ‘80s and not easily accessible to outside companies, due to high cost and strict rules on who was allowed to stage them outside of New York City Ballet. But Russell, a former Balanchine ballerina, was granted access to his works for the bargain price of nothing.

“Mr. Balanchine gave us anything we wanted without asking for a penny,” Russell says. “We were able to put on quite a distinguished repertoire because he trusted we would not ask our dancers for anything they were incapable of doing.”

In addition to a robust Balanchine repertoire, Russell and Stowell, who served as co-artistic directors of Frankfurt Ballet between their careers in New York and Seattle, brought numerous works of their own to the Seattle stage, including Stowell’s “Swan Lake,” the Stowell/Maurice Sendak “Nutcracker” and Stowell’s “Carmina Burana.”

Although the anniversary season opener is more classical than contemporary, Boal is often credited with guiding Pacific Northwest Ballet down a more contemporary path. Boal’s new associate artistic director, Kiyon Ross, describes the changes in repertory as a combination of dance genre and diversity of the creators. 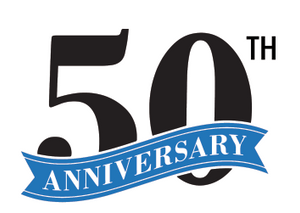 “Peter’s focus on new works really brought an influx of new voices and new ideas to the PNB stage,” Ross says. “In the past seven years, we have had all of these different choreographers and collaborators of color. Those new works are the lifeblood of PNB.”

Ross’ new role as PNB’s first associate artistic director will include collaboration with Boal in the selection of new works, which Ross describes as a delicate balance between providing the comfort of old favorites and challenging audiences with new, more experimental and contemporary works.

“When I go to those mixed reps,” Ross says, of programs that combine classical and contemporary pieces, “I see an influx of a new audience coming in, but it’s also a balance of presenting things that have name recognition and that people are familiar with, things they can bring their children to.

“You have to feed the art form with new voices, new ideas, new work,” Ross continues. “A ballet company cannot survive just on the staples, especially in this age of technology with people doing lots of things on their screens.”

But don’t worry that those big classical story ballets will go away anytime soon. Although Boal’s 2005 debut season as PNB artistic director hinted at a desire to broaden a more progressive path for the company’s repertoire, he also made subtle but historic changes to some of the classical ballets that render them a bit more fit for the modern age.

The recent presentation of Balanchine’s “Nutcracker” — which replaced the hugely popular Stowell/Sendak version starting in 2015 — toned down some stereotypes in the ballet by, for instance, changing some aspects of choreography in the second act’s Chinese Tea Dance that felt caricaturing. ​A nonbinary dancer performed en pointe in corps de ballet roles for the 2021-22 season’s productions of “Swan Lake” and “The Nutcracker.”

But “there was definitely a precedent [for contemporary work under the Russell/Stowell directorship]. Everybody collects choreographers of their time,” Boal says, pointing to Balanchine’s works as fairly experimental when they premiered.

“Balanchine came from the Imperial [Russian] ballet heritage,” says Boal, but explained that with Balanchine’s penchant for long-limbed dancers and use of the expansive New York State Theater, ballet began to change into what is seen today as traditional, but was quite novel in the middle of the 20th century when NYCB was formed.

Boal was the first to bring to PNB the work of famed American choreographers Twyla Tharp and Ulysses Dove.

“Eventually there was the ability to bring in the works of [current PNB resident choreographer] Alejandro Cerrudo and [choreographer] Crystal Pite, and nobody [else] was really preserving or advancing or presenting the work of Ulysses Dove,” Boal adds. “It felt like the right thing to do as an institution.”

Boal describes Pacific Northwest Ballet as an “innovative institution that prizes choreography and new voices in the process.” That innovation, these days, also includes a professional school, company tours, a choreographic program for women, a family matinee and a film festival.

Asked if they imagined that Pacific Northwest Ballet would grow to its current size when they came to Seattle, Russell laughs. “Yes, we did!” she says. “That’s why we came here!”

“You know,” Stowell says, ”if you don’t start off with great expectations, you don’t get them.”