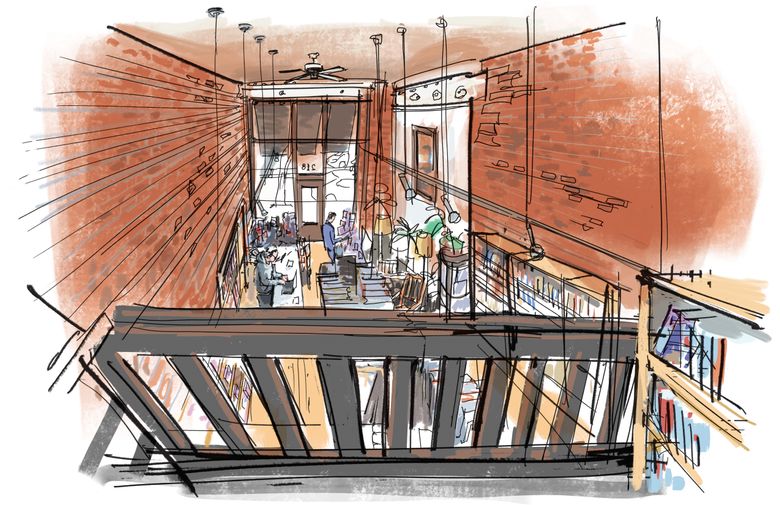 I usually go to the Globe Bookstore in Pioneer Square to get lost while browsing used art books, but this time I got lost in conversation with owner John Siscoe.

The affable bookseller was full of stories. He was born in the former state of Czechoslovakia, where both of his parents served in the foreign service, and he spent most of his childhood years in European capitals like Rome and Warsaw. “It was a wonderful life,” he said. “You realize you are just a tiny bit of the earth.”

Books have been Siscoe’s livelihood and passion for decades. He met his wife, Carolyn, at the first bookstore he ran, in Palo Alto, California. Together, they first opened Globe Bookstore on the Ave in the U District back in 1979. It is named after London’s legendary Globe Theatre, where William Shakespeare earned his fame as an icon of English literature.

Now 71, Siscoe said the bookshop’s days at the historical Grand Central Building, its home since 2005, may be numbered. The building recently changed ownership and he anticipates rent going up as the neighborhood becomes more desirable in the post-Alaskan Way Viaduct era.

“They say they’ll give us six months notice. I would really appreciate that,” Siscoe says. “We could close down gently and quietly and happily. And get some books to some people. That’s what we are all about. We are an orphanage for books, we like to find good homes for them.”