It was 1997, and I was on the hunt for a publisher for my biography of Sammy Davis Jr. The idea had already been rejected by my previous publisher, and I balked when it was suggested that I pursue another subject.

My literary agent, Esther Newberg, had left a voice mail. I was on the road, somewhere in the Midwest, when I checked my home phone having dialed from the airport phone. Airports had phones in the late ’90s. Her tone was hushed, but also charged with the air of importance. I was to call her right away, which I did.

“Can you get to New York next week? Sonny is interested in Sammy,” she said. Everyone in the book world knew who Sonny was; he was Sonny Mehta, editor in chief of Knopf books. Knopf was supreme. It had published Toni Morrison and John Updike and Robert Caro. It had in earlier decades published my man Langston Hughes. And the groundbreaking African-American Chester Himes, too. Heck yes, I told her, I could hop down to New York City.

I arrived at the restaurant on the East Side first. Then in walked Sonny Mehta, along with Peter Gethers, a Knopf editor. I made my pitch offering why I wanted to write the book: Sammy had integrated nightclubs and dated white women when it was taboo and was a Rat Packer with Frank and Dean and appeared in that strange Old South-tinged movie “Porgy and Bess”; and because he hugged Richard Nixon and was sometimes loved and hated by white people and sometimes loved and hated by black people. And because he could be a genius, and a fool, in the span of a single day. I wanted to do the book because Sammy was America.

Sonny and Peter listened. They nodded. They were too cool for comfort; I kept talking. Then Sonny started telling me stories about being a young man in London and having seen Sammy and how Sammy mesmerized Londoners during the hip 1960s. He told me that Sammy kept the Fleet Street reporters hopping with his carousing. A small smile began creeping across Sonny’s face. Peter smiled, too. Sonny finally turned to the bartender. “Can we have a bottle of champagne over here, please?” he said.

That was how I met Sonny, a publishing industry titan. The Sammy Davis Jr. biography was the first of four books I published for him and Knopf. I’m now at work on a fifth.

And now Sonny is gone.

He died Monday at the age of 77 from pneumonia. 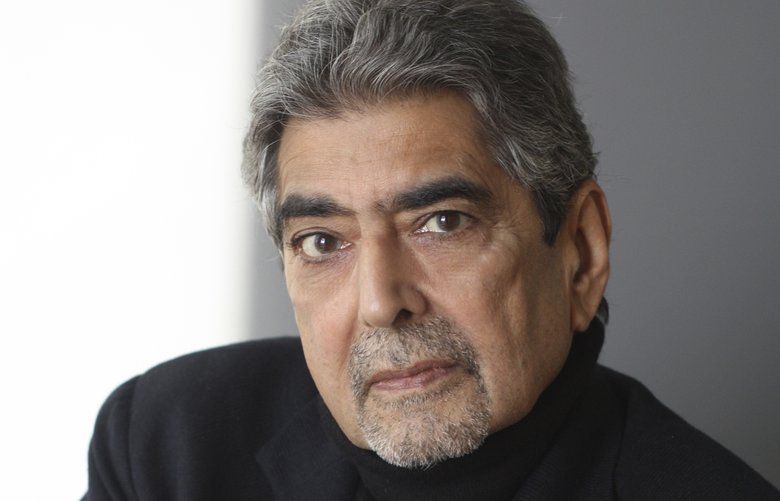 Sonny Mehta, publisher who guided millions to great reads, is dead at 77

“Mehta’s contributions to the world of letters and publishing are without precedent,” Penguin Random House said in a statement announcing his death. “His exacting standards – in editorial, production, design, marketing, and publicity – were a beacon to the book industry and beyond. He was a friend to writers, editors, and booksellers around the world.”

Even when books are successful, publishers and editors so often remain quite anonymous. But the publishers who have taste and commercial acumen and bravery and who do not get deterred from the wickedness of the world sometimes become known. Sonny became very well known.

He found new talent. He showed vision. He had faith in writers. What to make of a man who published both Bill Clinton and E.L. James of “Fifty Shades of Grey” fame? Who published both Tony Blair and Bret Easton Ellis? You can say that he had a sense of the marketplace because books by those aforementioned authors sold well.

Those who love culture will come to read about Sonny Mehta in the days and years to come. They will find out he studied at Cambridge University and that his father was a diplomat. That he started out in British publishing and made a name for himself by choosing smart authors and insightful books. His reputation in London spread across the pond. He came to America in 1987 to head Alfred A. Knopf as president and editor in chief. He told people on most days he felt like he had the best job in America.

My own chats with Sonny were always brief, quick, happening at book soirees and publishing events. I heard how much he liked my Sammy book, and nothing made me prouder.

But there was something else – aside from his having brought me into the house of Knopf – that I greatly adored about coming upon Sonny: It was his cultural heritage, his brown face. He was Indian. He had conquered something; he had climbed mountains.

Publishing needs more color. The founders of the publishing house, Alfred and Blanch Knopf, had slipped into Harlem in the 1930s and signed black writers up and published them. Those writers added something special and unique to the American literary landscape. It was more than just the swirl of their prose. It was like jazz.

They gave jazz to literature in that big meaningful heartfelt way that jazz can leave you uplifted when you hear it coming from another room in the house. Sonny gave jazz to the world of book publishing, I thank him for that, and I thank him still for the champagne.

Haygood, a former Style writer for The Washington Post, is the author most recently of “Tigerland.”

Wil Haygood is a former Washington Post reporter. He is the author of "The Butler: A Witness to History" and "Tigerland: 1968-1969: A City Divided, a Nation Torn Apart, and a Magical Season of Healing."