China’s top leader warned that Beijing will go after so-called platform companies that have amassed data and market power, a sign that the months-long crackdown on the country’s internet sector is only beginning.

The unusually strongly worded comments from Xi and his lieutenants suggest Beijing is preparing to amplify a campaign to curb the influence of its largest and most powerful private corporations, which has so far centered mainly on Jack Ma’s Alibaba and its affiliate Ant. The term platform economies could apply to a plethora of mobile and internet giants that offer services to hundreds of millions, from ride-hailing behemoth Didi Chuxing to food delivery giant Meituan and e-commerce leaders like JD.com and Pinduoduo.

“Some platform companies are developing in non-standardized ways and that presents risks,” CCTV said, citing minutes of the meeting. “It is necessary to accelerate the improvement of laws governing platform economies in order to fill in gaps and loopholes in a timely fashion.” 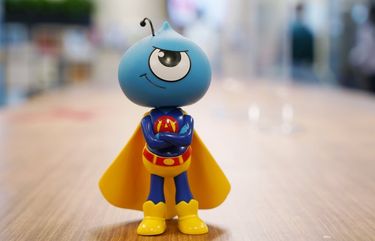 The report came days after Bloomberg News reported that governments watchdogs were now setting their sights on Tencent Holdings’ $100 billion-plus finance empire after ordering an overhaul of Ant. Top financial regulators see Tencent as the next target for increased supervision, according to people with knowledge of their thinking. Like Ant, Tencent will probably be required to establish a financial holding company to include its banking, insurance and payments services, said one of the people, seeking anonymity as the discussions are private.

The two firms will set a precedent for other fintech players on complying with tougher regulations, the people added. Such a move would mark a significant escalation in China’s campaign to curb the influence of its technology moguls, which began last year with the scuttling of Ant’s $35 billion initial public offering and the publication of new antitrust regulations governing technology firms.

Tencent lost more than $65 billion of value in the two days following the report, and its shares were little changed Tuesday. The company’s WeChat super-app is the giant that looms across the industry, offering everything from chatting to booking rides and paying for purchases.

Other companies have long accused the service of unfair competition, with chief rival ByteDance Ltd. suing the Shenzhen-based giant earlier this year for blocking access to content from its Douyin platform, TikTok’s Chinese twin. Tencent has called the accusations baseless and malicious.

In e-commerce, the triumvirate of Alibaba, JD.com and Pinduoduo account for an increasing share of consumer spending in China. Researcher eMarketer estimates that online purchases should surpass 50% of the country’s total retail sales this year, a first anywhere in the world. That influence has already drawn scrutiny from the antitrust watchdog and its new anti-monopolistic regulations had specifically called out practices like forced exclusivity arrangements, predatory pricing and algorithms favoring new customers over older ones.

A slew of other services have risen in prominence in recent years and may come under the scrutiny of regulators, including ByteDance’s Toutiao news aggregator and Douyin. Food delivery is dominated by Meituan, with Alibaba’s Ele.me service playing catch-up. Didi Chuxing is the dominant force in ride-hailing after taking over Uber’s business in China, a deal that one local taxi industry group has called on the antitrust watchdog to investigate. Even smaller operators have been caught up in the crosshairs, with community group-purchase startups like Nice Tuan being handed fines for improper subsidies.

“It’s not a good thing if you rule the market right now, especially when it comes to fintech and areas essential to daily lives, like e-commerce and community group buying,” said Ke Yan, Singapore-based analyst with DZT Research. “Dominance in the market now has a downside whereas it was appealing to the investors in the past.”

The development of China’s platform economy is currently at a crucial stage, Xi said at Monday’s meeting. It is necessary to focus on the long term, strengthen weaknesses and create an innovative environment to promote the healthy and sustainable development of the platform economy, he added. Monday’s speech was the first time Xi had specifically addressed platform economies, though he had previously stressed the importance of preventing monopolies.

The semi-regular meeting of the Party’s top financial supervisory group typically helps to set the tone and direction of national policy. During their last gathering in September, Xi focused on the so-called “dual circulation” approach of relying on both international and domestic consumption and production to lift the economy.

China’s efforts to regulate its internet giants coincide with growing global scrutiny over the industry, as governments from the U.S. to the European Union and Australia have clashed with companies like Twitter Inc. and Facebook Inc. That’s a testament to how important the industry has become to basic infrastructure and national security and a coordinated global response is needed to address its healthy development, said Chen Xi, an adjunct professor at Xi’an Jiaotong University

The vertically integrated business models for platform companies can “restrict innovation and the development of job creation and their disorderly expansion will inevitably create obstacles to the recovery of the global economy,” Chen said. “This is a global challenge.”