Skip to content
By
NEIL IRWIN
The New York Times

It looks more and more likely that the novel form of coronavirus will do meaningful economic damage to the United States. Stock and bond prices already suggest that the outbreak could halt the longest expansion on record and even send the nation into recession.

The risks loom larger because this particular crisis is ill-suited to the usual tools the government has to stabilize the economy. If a recession happens, it will probably be a result of this poor fit between the economic effects of the potential pandemic and the mechanisms the government uses to try to keep the economy growing.

Interest rate cuts by the Federal Reserve — which appeared more likely Friday after a late-afternoon statement by its chairman, Jerome Powell — can lower borrowing costs and raise stock prices. But they can’t replace the goods made by factories closed to keep their workers from getting sick with COVID-19, the serious respiratory illness the virus causes. The government can try to pump more money into people’s pockets directly, such as with tax rebates, but money alone won’t put goods on empty store shelves.

Beyond the natural limitations of policy to cushion the damage, there is the economic and political backdrop of the current moment: a Fed with little room to cut already low interest rates and a Congress divided along partisan lines while a president seeks reelection.

If a potential coronavirus downturn were a fire, the recession fighters would be like a fire brigade low on supplies, fighting among themselves and probably lacking the right chemicals to quench the flames anyway.

“I’m looking at the combination of fiscal and monetary policy as potential triage,” said Joseph Brusuelas, chief economist at the accounting firm RSM. “All they can do is really mitigate the shock of supply chains and reduce the second-order effects.”

Related The latest on the virus » 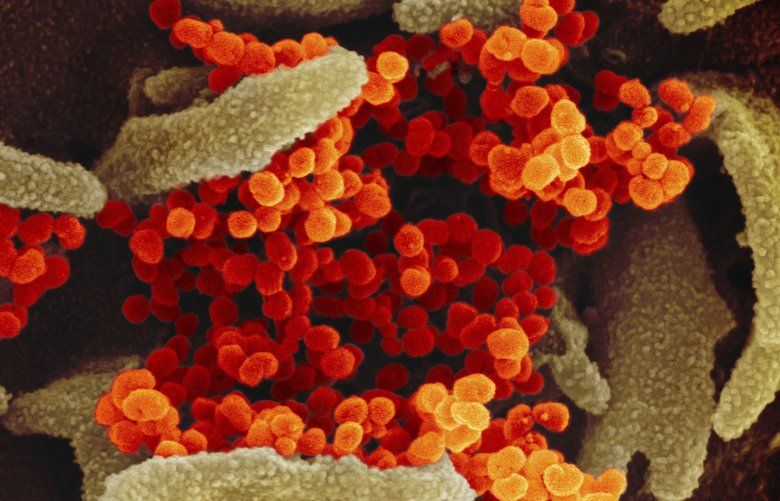 A recession, defined as a significant decline in economic activity lasting more than a few months, hasn’t occurred in the United States in more than 10 years. If one happens, it will mean higher unemployment and lower incomes. And it would be a different kind of downturn from most of the recent ones.

The core of the economic problem emerging from coronavirus is a “supply shock,” meaning a reduction in the economy’s capacity to make things. Companies in China that have shut down because their workers are quarantined are not making goods. That could eventually mean shortages of certain items for which there are few sources elsewhere in the world.

“I believe we’re going to have a massive shortage of goods,” she said. “Two weeks ago I told people this was coming. The big problem was, economists don’t understand how global supply chains work, how intertwined and interconnected they are.” It is an issue she said would particularly affect pharmaceuticals and electronics.

Tara Sinclair, who studies business cycles at George Washington University, compares it to a grocery store. A store with no goods on the shelves has a supply problem, while a store with full shelves but no customers has a demand problem. And it is generally easier to boost short-term demand than short-term supply.

But supply problems can bleed into demand problems and vice versa.

“If first the store is empty of products, and then people don’t go to the store anymore and they lose their jobs, they can’t buy anything,” Sinclair said. “That’s what we’re risking here.”

In parts of Italy, for example, where outbreaks of the virus have disrupted daily life, tourism is slowing and restaurants and stores are reportedly empty as people seek to avoid exposure. That could result in waiters and store clerks who endure a drop in income, which could in turn feed back into less demand for all sorts of products, and a weaker economy.

Similarly, businesses might go bankrupt if the financial markets freeze up and they cannot get access to credit, meaning otherwise sound businesses end up laying off employees or closing down.

The role for economic policy, in that sense, wouldn’t be to solve the supply shock but to try to prevent that initial supply shock from triggering a demand shock.

So, for example, the government could offer widespread tax breaks or direct payments to unemployed workers. The Fed, with interest rate cuts, can help ensure financing keeps flowing. Those actions might in turn give consumers and businesses the space to figure out how to operate despite the problems they face.

But this is not the only challenge. If coronavirus were to spread widely in the United States, and officials decided to impose widespread quarantines, the economic impact is hard for economists to model. What happens to a service economy if people can’t safely travel, go shopping or even go to work?

The answer is, no one really knows.

The closest comparison may be the aftermath of the Sept. 11, 2001, terrorist attacks, when air travel was temporarily suspended. But that didn’t keep the vast majority of Americans from going to work.

And in those more dire scenarios, it’s anybody’s guess how things might shake out.

“There are a lot of reasons to think we don’t have a lot of tools for this,” Sinclair said. “It’s more of a supply-side issue, and we can’t do a whole lot to stimulate supply. And if it does trickle over into demand, it will be a real test of whether the Fed has any firepower left and whether we have appetite for the kind of fiscal stimulus that’s actually impactful.”

In other words, it would be best if the public health efforts to contain the spread of the virus are effective enough that we don’t have to ask very much of the economic firefighters.