Skip to content
By
Niraj Chokshi
The New York Times

Businesses and entrepreneurs have been promising a mass-produced flying car for more than a century. None have succeeded, but that hasn’t stopped Hyundai and Uber from wanting in on the action.

In Las Vegas on Monday, at the Consumer Electronics Show, the two companies announced that they were joining forces to develop an all-electric air taxi that would be part of a future “aerial ride-share network.” 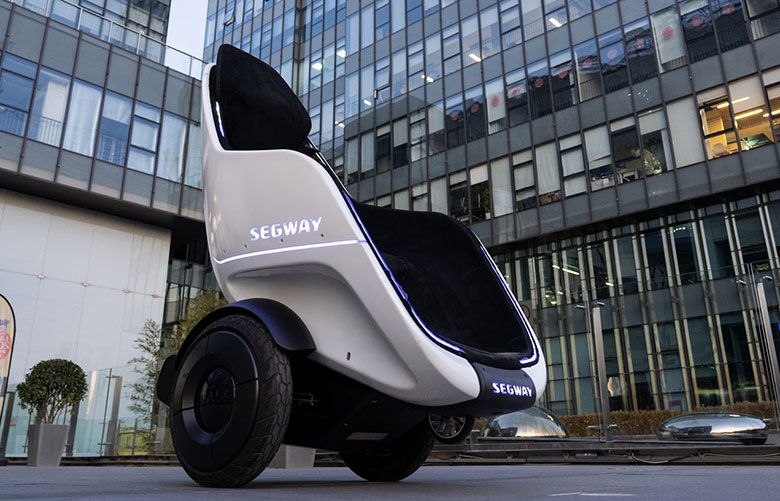 There was no life-size prototype to gawk at or photograph, though. Instead, the South Korean automaker offered up a small-scale model, a virtual reality experience, and the promise of an urban transportation revolution.

“We’re looking at the dawn of a completely new era that opens the skies above our cities,” Jaiwon Shin, the head of Hyundai’s Urban Air Mobility division, said at the announcement. “We will be able to fly on demand — just imagine that.”

The public has long been disappointed by promises of flying cars, but hopes have nevertheless been mounting that an aerial taxi could become a reality.

Analysts with Morgan Stanley have said that they expect urban air taxis to be common by 2040, with the global market expected to be between $1.4 trillion to $2.9 trillion in size by then. At least 20 companies are working to that end, including startups, the aircraft manufacturers Boeing and Airbus, and automakers like Toyota and Porsche.

Daniel Wiegand, a founder of Lilium, one of the most promising and secretive startups in the field, told The New York Times recently that within five years a fleet of his company’s vehicles could be ferrying passengers between Manhattan in New York City and Kennedy International Airport.

But a number of challenges await. Building an air taxi that is quiet, safe and economical, will mean overcoming several engineering and technical hurdles. Battery technology is limited and the cost of operation and maintenance needs to be low enough to make rides commercially viable.

And then there is a long road to regulatory approval. According to Morgan Stanley, air taxis will probably be used first in package delivery, which has fewer technical and regulatory barriers.

In its Monday announcement, Hyundai said it would be able to bring “automotive-scale manufacturing” to Uber Elevate, the company’s aerial ride-hailing division. Hyundai would help to produce and deploy the aircraft while Uber would handle support, ground connections and the customer interface.

Hyundai’s concept car, the S-A1, is designed to cruise 1,000 to 2,000 feet above the ground at 180 mph. It would take trips up to 60 miles and seat four passengers and a pilot, though the aircraft would eventually be capable of autonomous flight.

During peak hours, the S-A1 would take about 5 to 7 minutes to recharge, Hyundai said. Multiple rotors would allow for vertical takeoff and landing and be quieter than large-rotor helicopters with combustion engines — a feature critical to its use in cities, according to the company.

Uber has said that it plans to host flight demonstrations this year and make its service commercially available in 2023. In addition to Hyundai, its partners include the Boeing subsidiary Aurora Flight Sciences, Bell, Embraer, Joby Aviation and several real estate companies. It has also signed agreements with NASA to develop ideas related to the infrastructure and technology of a crewless aerial network.