In the age of coronavirus, many of us have transformed overnight from office workers into telecommuters. And we are increasingly relying on video conferencing apps like Zoom and FaceTime to correspond with our peers.

But inevitably, with our homes and workplaces merging into one, the boundaries between our personal and professional lives are beginning to erode — and awkward situations have ensued.

By now, you may have had a few video calls with colleagues who took meetings in odd places, like their bathroom or closet, to avoid their children. Then there are the colleagues who surrender their boundaries entirely and let their children and pets be a part of the meeting.

It’s cute and heartwarming. But it can also prolong a meeting or derail it altogether.

“There’s the technical issues and the discomfort of it all — people aren’t used to being onscreen,” said Elaine Quinn, a Chicago entrepreneur who wrote the book “There’s No Place Like Working From Home.” “They don’t think to look behind them and see what it is people will see.” 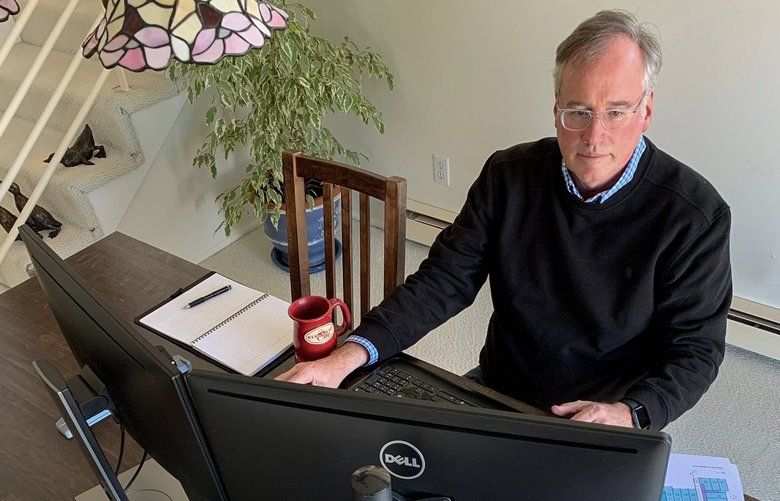 We all get it: No one was really prepared for this transition, and there are limitations to what we can all do. But now feels like an opportunity to bring up how to be kinder to your co-workers in workplace video calls, since they’re the ones the calls are really for in the end.

The bottom line: A bit of preparation goes a long way to making video calls more tolerable for you and your colleagues.

The No. 1 culprit of a painful video conference is the quality of the call itself. If you can’t see or hear a colleague, what’s the point of a video call?

So before we video-chat with a colleague, the least we can do is a test run to ensure the call looks and sounds good, with minimal tech snafus. A few steps:

— Preview your webcam. Mac users can launch the Photo Booth app, and Windows users can click the Start button, then Camera. Here, you can check your picture. Adjust your indoor lighting and camera angle to make your face look properly lit. And most important, be mindful of what’s in the background: Anything you wouldn’t want your colleagues to normally see, like your liquor collection or dirty laundry, should be out of the frame.

— Check your internet speeds. Because so many people are staying home and using the internet at the same time, our bandwidth and service are slowing down in many neighborhoods. Visit speedtest.net to gauge your internet speeds. If your speeds are below 20 megabits per second, there’s a high likelihood your video is going to look pixelated and have audio delays.

This may seem obvious, but plenty of people forget to mute their microphones before joining a call with multiple people.

That can lead to sounds like barking dogs and screaming children interfering in the call. On video-chatting services like Zoom and Google Hangouts, you have the option to turn off the microphone before joining a meeting, and everyone but the person leading the meeting should do it. Unmute only when it is your turn to speak.

With constrained internet bandwidth, you could even take the extra step and turn off your camera by default until you want to speak to the group. There’s no practical value in people watching you silently look at your camera.

Our families are more important than anyone, but that doesn’t mean our colleagues want to see our partners in their bathrobes, our cats sitting on keyboards or our children throwing toys.

That’s why it’s important to take a video call in a place where you can draw boundaries, if possible. The simplest physical boundary is a room with a door, which can be shut when you are on a video call.

Many of us who are now being required to work from home never had much physical space to begin with. But there are workarounds.

I lack a home office and work on my dining table. On video calls, I have made it a habit to point my web camera at a blank wall, away from common areas like the kitchen and hallway, and my earbuds are a visual cue for being on a video call.

The onus is on managers to make virtual meetings concise and engaging. That was already true for in-person meetings, but for virtual meetings, setting an agenda is even more crucial, said Quinn, who managed remote employees at pharmaceutical companies before starting the Solopreneur Specialist, a website for remote workers.

“You’re in private, and it’s easy to drift off,” she said.

Managers can take a number of approaches to make video conferences more organized. For one, they can ask each employee ahead of the meeting to plan to talk about something specific, so that everyone has something to do and can stay engaged.

Conversely, if you have something better to do than be on a video call, it’s more polite to excuse yourself than it is to remain on the call and obviously stop paying attention.

If you do drift off and switch to a different app, like Twitter or Facebook, be aware that people may know. The Zoom app, for example, has a setting that lets hosts see if you have switched away from the Zoom app for more than 30 seconds — a dead giveaway that you aren’t paying attention.

In offices, businesses may feel tempted to rope people into conference rooms for back-to-back meetings. But with remote work, we don’t need to replicate all those meetings into video conferences, said Jason Fried, a founder of Basecamp, a software company in Chicago that makes remote-working tools.

“That’s not what remote work is about,” said Fried, who co-wrote the book “Remote: Office Not Required.” “It’s about respecting people’s time and attention and space and giving people room.”

That’s partly because asking your colleagues to join a video call involves more than you might think. Not only do they have to test their tech setups before joining the call, but they have to make other arrangements, like getting a caretaker to take their children on a walk outside.

A good rule of thumb is to book video meetings sparingly. Ideally, reserve them for discussions that require visual aids, like presentations and documents.

There is no universal rule requiring you to use video chat to work from home. The old-fashioned telephone is just as good.

Last year when Fried’s team used video conferencing to vet candidates for a marketing position for Basecamp, which is composed of remote workers, their final interviewee joined the call with his camera off. The candidate explained that he had his best conversations when he was walking around instead of sitting stiffly in front of a camera.

“He was like, ‘I want to be looking my best right now, and I’m better moving around,’” Fried said. “I really appreciated that, because he was just being himself.”

The company ended up hiring him. 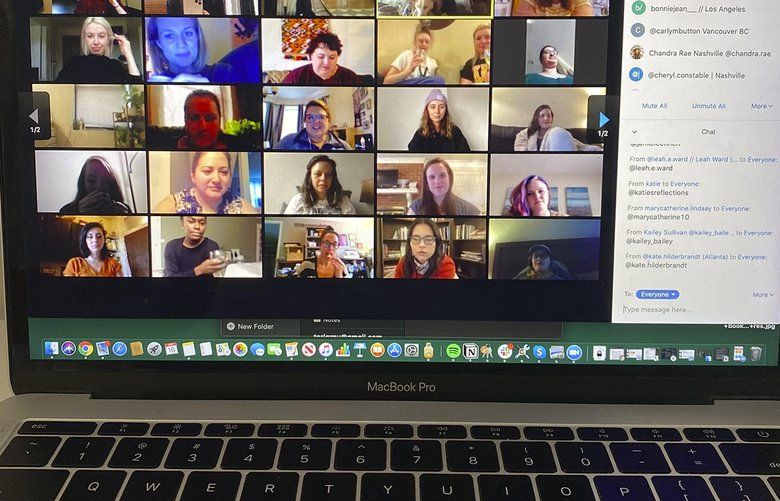 How to protect your privacy on Zoom and prevent trolls from bombing your online meeting
This story was originally published at nytimes.com. Read it here.
The Seattle Times does not append comment threads to stories from wire services such as the Associated Press, The New York Times, The Washington Post or Bloomberg News. Rather, we focus on discussions related to local stories by our own staff. You can read more about our community policies here.
Advertising