It has long been said that adversity doesn’t build character, but instead reveals it.

The adversity of coronavirus is beginning to reveal the character of some big financial advisory firms in ways that might make clients and prospective customers rethink their choice in investment advisers.

The back story: One of the most ballyhooed elements of the CARES Act designed to help small businesses survive the pandemic is the $659-billion Paycheck Protection Program (PPP). These U.S. Small Business Administration (SBA) loans are meant to provide a direct incentive for small businesses to keep workers on payroll during the pandemic; the SBA will forgive the loans if all employees are on payroll for eight weeks and the money is used for salaries, rent, mortgage interest, or utilities. The loans max out at 2.5 times the borrower’s monthly payroll or $10 million, whichever is lower.

When the program was announced, seemingly every eligible company was itching to sign up. It was prudent business to check things out; wait too long and the money would be gone.

The problem: Coronavirus has shut down many small businesses, but financial advisory and money-management companies are not among them. The stock market has remained open throughout (though it was ugly for a hot second), meaning that advisers – mostly being paid a percentage of the assets they manage – still have money still rolling in.

The few reported layoffs and cutbacks in financial services appear to be more about efficiency than desperation.

And yet, some advisory firms weren’t just approved for PPP loans, they took the money, sending two bad messages to clients.

Message 1: “The people you hired for advice on navigating the market/economy’s financial minefields can’t safely cross those trouble spots without outside help.”

Message 2: “In the middle of the most devastating economic event in our lifetimes, we’re taking advantage of a government program meant for businesses on life support.”

Obviously, some fault lies with the way PPP loans are administered, which has been under scrutiny ever since large companies like Shake Shack and Ruth’s Chris Steak House qualified for and then returned moneys.

That could get us into politics, however, and I’m not going there.

Applying for – and then accepting – PPP loans is completely voluntary.

Those big restaurants could at least argue that they’d get financially sick here; advisers mostly would face losses if the market tanks, which is part of their everyday job description, pandemic or not.

Their revenues shrink when the market drops, but not like a dive bar, health club, barber shop or any number of other businesses. (Full disclosure: My ex-wife started a company providing servers for events like weddings, corporate meetings and in luxury boxes at sporting events; it is completely shut down, yet can’t qualify for a PPP loan.)

The SEC believes that acceptance of PPP funds says something about the financial condition of the adviser’s business. Applying for the loans – or even returning the money if it is awarded – should not require disclosure; accepting cash does.

Those disclosures are starting to hit forms now. This is why the issue is coming to a head. 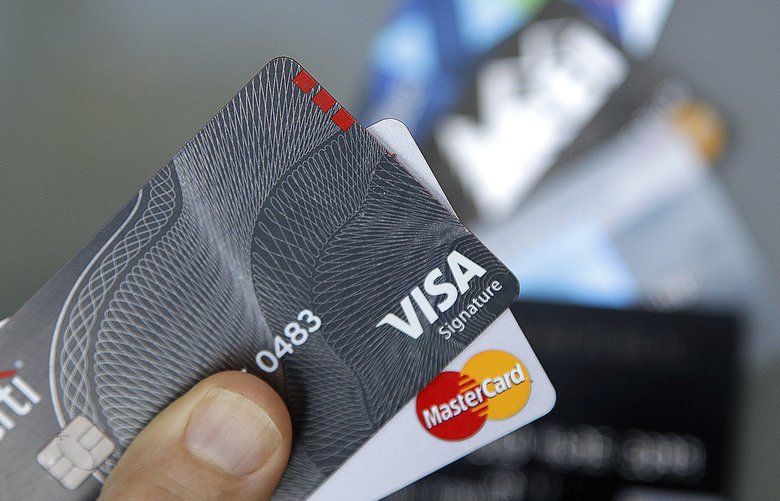 Why using all your credit cards now will protect your finances

Sadly, most consumers never look at Form ADV. Even if they did, these disclosures are new, and on the very last page of Part 2 of a crucial yet mind-numbing document.

Telltale signs: No one knows how big a trend this will be, but newsletters and magazines for advisers were filled with advice on PPP loans when the CARES Act became law.

They’re early examples of big fish in this pond; expect many more.

The thinking: Advisers wanted low-cost protection in case the market got as ugly the economy.

RegentAtlantic, for example, said in a statement that management applied for the loan “in an abundance of caution and in the absence of clarity on the overall economic impact of the pandemic.”

The firm accepted a $1.12 million loan; to its credit, it revealed the amount. Most firms haven’t disclosed how much money they got, only that they took a PPP loan.

You can’t fault a measured approach to crisis, but the ADV filings always seem to note that a loan – and the obligation to repay it – won’t affect the firm’s ability to do its job: “RegentAtlantic is financially capable of meeting all contractual commitments to clients …”

Dan Wiener, chairman of Adviser Investments in Newton, Massachusetts ($5.5 billion in assets), says the firm applied for a PPP loan and, ultimately, was approved for a $2.2 million loan.

“We read stories about how hard it was to get these loans, so we lined up,” Wiener says. “But then we saw the extent of the economic damage occurring. Our business wasn’t changing. We weren’t firing people.”

Wiener notes that retaining staff and paying everyone “hasn’t been easy … but compare us to any small company that’s really struggling and it is unconscionable to take the money.”

Adviser Investments turned down the loan.

“Most companies in our industry give the advice that you should have a rainy-day fund, just for these sorts of circumstances,” Wiener adds. “They should eat their own cooking; no way things should be so tenuous that the need to go to the SBA for a loan when so many people – maybe including their clients – are completely out of work.”

Course of action: Decide how you feel on the issue. Ask your financial adviser – or any financial planner you’d consider hiring — if they’ve accepted a PPP loan. Check their most recent Form ADV; be sure to look at Part 1 of the ADV too, because that’s where disciplinary history is hidden.

If the advisory firm doesn’t have sufficient faith in its abilities to put its future on the line right next to yours, decide if they’re the right firm for you. Sadly, I suspect a growing number of investment advisers nationwide are about to fail that test.