In yet another sign of corporate America’s growing focus on environmental sustainability, Starbucks has launched an ambitious plan to cut its waste, water use and carbon emissions in half by 2030.

The plan, announced Tuesday by Starbucks CEO and President Kevin Johnson, appears to be driven by a mix of government regulation, activist pressure and internal concerns about the Seattle-based company’s image as the public pays closer attention to environmental issues.

Starbucks’ promise comes just a week after Microsoft vowed that by 2030 it would be “carbon negative,” meaning it would remove more carbon from the environment than its own operations and supply chain emit each year. Starbucks would go further, promising to eventually remove more carbon than it emits while also becoming a net producer of water — though it gave no timeline for becoming what it called “a bold, multi-decade aspiration” to become “resource positive.”

“I see today as a milestone for our business as we declare our concern about our planet’s future and commit to do more,” Johnson wrote in a letter to shareholders and customers. He added that meeting those goals, which he stressed were “preliminary,” would not interfere with the company’s commitment to “our long-term, double-digit [earnings per share] growth model.”

Starbucks’ initiative would cover the full range of the coffee giant’s sprawling global operations — including the water consumed by its coffee suppliers, the climate-altering methane emitted by the dairy cattle that supply its milk, and the waste produced at its more than 31,000 retail stores.

Starbucks also released what it calls an Environment Baseline Report, which detailed the breadth and scope of the company’s impacts as of 2018. It will be used by the company — and, presumably, its critics — to measure the success of the initiatives.

One striking takeaway of the report is that much of Starbucks’ footprint for greenhouse gases, water and waste relate to its heavy reliance on dairy products, which are both directly and indirectly responsible for just over a fifth of the company’s greenhouse gas emissions and just over a seventh of its water use.

Johnson said he’ll push consumers to choose milk made from almond, coconuts, soy or oats, whose production is environmentally friendlier than dairy. In North America, 15% to 20% of Starbucks customers already choose such options.

“Alternative milks will be a big part of the solution,” Johnson said. “The consumer-demand curve is already shifting.”

Starbucks is testing new drinks made with plant-based ingredients and seeking ways to make whipped cream without emitting nitrous oxide, a greenhouse gas. Starbucks also aims to lower the cost of dairy alternatives by helping suppliers boost output, he said.

Tuesday’s announcement was greeted with cautious optimism by a number of environmental groups, including several that have previously criticized Starbucks’ track record on reducing waste. 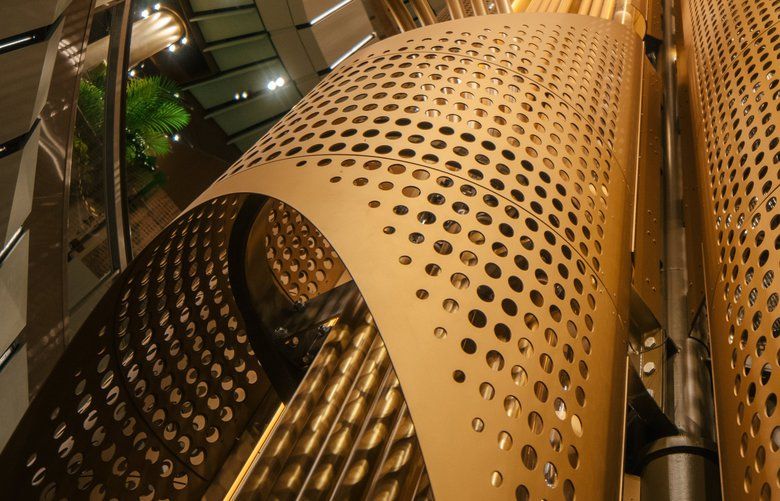 Tyson Miller, forests programs director with Stand.earth, which has pushed Starbucks to eliminate disposable cups, applauded the aims of the new initiative but sought specifics on how those goals would come about. “The ultimate question will be, how is it implemented,” Miller said, pointing out that on several occasions, Starbucks has laid out bold goals on sustainability “that had to be walked back.”

Indeed, while Starbucks has succeeded with some of its social initiatives, such as shifting to ethically produced beans for nearly all of its coffee supply and moving to energy-efficient buildings, the company has struggled on other matters, such as waste reduction and recycling.

In 2008, for example, Starbucks promised that by 2015, it would be serving a quarter of its beverages in reusable containers. But by 2016, the company acknowledged that fewer than 2 percent of its sales met that goal, according to As You Sow, a shareholder advocacy group that filed a 2018 shareholder resolution demanding that Starbucks step up “the scale and pace of its sustainable packaging initiatives.”

That initiative went on to win support from nearly half of Starbucks’ shareholders, a result some observers saw as part of a broader shift by Wall Street to push companies to be greener. That push is partly in response to so-called regulatory risk as more governments pass laws on everything from carbon emissions to plastic containers.

But it is also part of a broader recognition by investors that many consumers are demanding greener products and practices, especially from global brands.

“Young people — millennials, Generation Z and whoever else comes after that — they are worried about climate change,” said Sujatha Bergen, director of health campaigns at the Natural Resources Defense Council. “Those are the customers that a company like Starbucks wants to capture, and if they are seen [by Wall Street] as out of touch with that customer base, then that is a major risk, too.”

In recent years, some advocates say, Starbucks has become more open to rethinking its business practices.

In 2018, the company committed to eliminate plastic straws worldwide by 2020 and also introduced a strawless lid. Last summer, Starbucks began working more closely with groups like As You Sow, said Conrad MacKerron, a senior vice president at As You Sow who helped lead the Starbucks campaign.

Around March of this year, Starbucks plans to begin testing a paper cup it has been developing with partners seeking a more widely recyclable and compostable hot-drink container. Existing ones generally contain a plastic layer that makes them difficult to process. Starbucks says it’s responsible for about 1% of the estimated 600 billion disposable cups used globally every year.

Starbucks has acknowledged that some of its previous sustainability initiatives weren’t sufficiently grounded by research into how to change the behavior of consumers who value the convenience of Starbucks’ products and packaging. For example, although the company since 1985 has offered a 10-cent discount to customers who bring in their own containers to purchase drinks, “only 1.8 percent of our customers are taking us up on that,” said John Kelly, executive vice president of public affairs and social impact.

This time, Kelly said, Starbucks has put considerable resources not only into measuring its carbon, water and other  environmental effects, but also into “what it is about consumer choice that we could impact in a positive way to make sustainable choices.”

It’s “one thing for Starbucks to do it, but we need the consumer to want it,” Kelly added.

This report has been updated to indicate that cattle emit methane, not carbon dioxide, and that much of Starbucks’ footprint for greenhouse gases — rather than just carbon — is tied to the company’s heavy reliance on dairy products.