Skip to content
By
Daniel Victor
The New York Times

A traveler who put a tracking device in her bag helped sheriff’s deputies in Florida identify an airport worker who was accused of stealing more than $16,000 in goods from passengers’ luggage, authorities said.

Giovanni De Luca, 19, a baggage handler at Destin-Fort Walton Beach Airport, was arrested Aug. 10 and charged with two felony counts of grand theft, the Okaloosa County Sheriff’s Office said. The sheriff’s office said De Luca, who worked for a subcontractor at the airport, had stolen from two passengers.

On July 14, the first passenger flew on a Delta/Air France flight into Destin-Fort Walton Beach, but her luggage never arrived, according to an arrest report. Her bag contained clothes, makeup and other items worth $1,648, according to the arrest report.

The bag also included an Apple AirTag, a Bluetooth-enabled tracking device that sends its location to its user to help them locate lost items. Placing such tracking devices in luggage has become an attractive option for many travelers this summer as airport chaos has led to more lost or delayed baggage.

The passenger told investigators that she received a notification July 31, two weeks after she landed, that the device had been active on a street in Mary Esther, a town near the airport in the Florida Panhandle. Deputies looked through the addresses of airport employees and found that De Luca lived on the street, according to the arrest report. 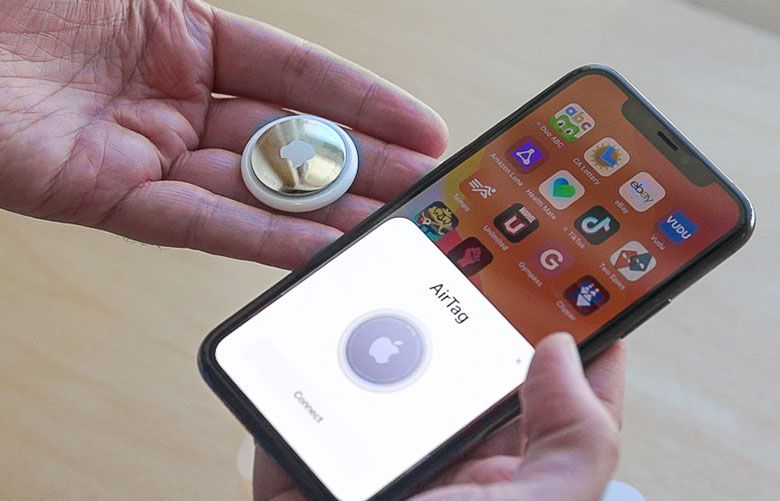 Days later, Aug. 4, an employee for a Delta Air Lines subcontractor filed a report with the sheriff’s office that he saw De Luca go through another passenger’s checked bag at the outgoing baggage carousel, according to the arrest report.

De Luca was again working Aug. 9 when a man flying from Destin-Fort Walton Beach reported to the sheriff’s office that $15,000 in jewelry and sunglasses had been stolen from his luggage, according to the arrest report.

He was booked in Okaloosa County on Aug. 10 and released the next day, according to jail records. De Luca could not be reached for comment, and it was unclear if he had a lawyer.

A Delta spokesperson said in a statement that the airline was “fully cooperating” in the investigation.

“Delta has zero tolerance for this alleged conduct by anyone associated with Delta, including those who work for contractors,” the spokesperson said.

While AirTags and other tracking devices have been used to thwart theft, privacy groups have also sounded alarms about their use to abet stalking or tracking people without their knowledge. Apple said in February that it would make changes to make it more difficult for people to use AirTags to track people without their knowledge, although critics said the steps did not go far enough.