Skip to content
By
Naomi Nix
and
JOHN HARNEY
Bloomberg

Microsoft has won the sought-after JEDI cloud computing contract with the Pentagon valued at as much as $10 billion over a decade, dealing a blow to the market leader, Amazon.com, which had been the front-runner.

The decision, which was announced by the Defense Department late Friday, may be challenged by Amazon, according to a person familiar with the matter, because President Donald Trump weighed in on the bidding process. The terms of the competition was also hotly contested by another rival, Oracle.

The Pentagon has said the cloud project, known as the Joint Enterprise Defense Infrastructure, or JEDI, is intended to help bring American military technology into the modern era.

The Defense Department is investing in commercial cloud services, which host computing power and storage in remote data centers, to improve data security and speed up real-time sharing of information across the military.

The Pentagon said the contract was expected to be completed by 2029.

Amazon, which won a lucrative cloud contract with the Central Intelligence Agency in 2013, was long seen to have the upper hand in the competition. But politics entered the picture. Trump has long been at odds with Amazon’s Chief Executive Officer Jeff Bezos. Bezos also owns the Washington Post, which Trump claims has treated him unfairly in its coverage

“We’re surprised about this conclusion,” said Douglas Stone, an Amazon spokesman. He added that the company was “the clear leader in cloud computing, and a detailed assessment purely on the comparative offerings clearly lead to a different conclusion. We remain deeply committed to continuing to innovate for the new digital battlefield where security, efficiency, resiliency, and scalability of resources can be the difference between success and failure.”

Trump surprised the industry earlier this year when he openly questioned whether the contract was being competitively bid.

A new book by Guy Snodgrass, a speechwriter to former Defense Secretary Jim Mattis, alleges that Trump, in the summer of 2018, told Mattis to “screw Amazon” and lock it out of the bid. Mattis didn’t do what Trump asked, Snodgrass wrote. Mattis has criticized the book.

Amazon was believed to be the front-runner until Friday evening.

The decision is a big boost for Microsoft’s cloud business.

“This is a paradigm changer for Microsoft,” said Daniel Ives, an analyst at Wedbush Securities who has a “buy” rating on Microsoft. “It’s a landmark win that will change the cloud computing battle over the next decade. It’s a shocker to Amazon and Bezos to lose it. But for Microsoft it signals a new era of growth in cloud. This adds $10 to the stock in my opinion.”

A Microsoft representative referred questions to the Defense Department announcement. The White House did not respond to a request for comment.

Amazon Web Services, the retail giant’s cloud computing arm, has a wide lead in the business of selling cloud services to businesses and governments, with $32.5 billion in sales during the most recently reported 12 months. Microsoft, which doesn’t break out comparable sales for its Azure unit, likely pulled in a fraction of that, analysts say.

In a statement released later Friday night, the Defense Department said that “the acquisition process was conducted in accordance with applicable laws and regulations. The process cleared review by” the U.S. General Accounting Office and the Court of Federal Claims.

“All offerors were treated fairly and evaluated consistently with the solicitation’s stated evaluation criteria,” the department added, saying that “additional contracts are planned for both cloud services and complementary migration and integration solutions necessary to achieve effective cloud adoption.”

The Pentagon’s inspector general said in a separate statement on Friday night that it had “not found evidence that we believe would prevent the DoD from making a decision about the award of the contract.” The watchdog agency, which was leading a review by “multidisciplinary team of auditors, investigators, and attorneys,” was aiming to have its work done by the end of November.

The Defense Department had come under criticism for its handling of the winner-take-all project, which was marred by accusations of improper ties between former Pentagon officials and Amazon. Oracle and International Business Machines Corp. waged a fierce lobbying and legal campaign over the decision to choose just one provider, arguing it would imperil the Pentagon’s data and stiffle innovation. Both companies were later eliminated from the competition, but Oracle filed suit.

A judge said the company did not have the legal standing to challenge the terms of the procurement process. Oracle has appealed that verdict. Alphabet Inc.’s Google, another large cloud provider, withdrew from consideration last year amid employee concerns over the company’s ties to defense contracting.

As recently as Tuesday, the Pentagon said Defense Defense Secretary Mark Esper had recused himself from any decisions involving the contract to avoid the appearance of a conflict of interest because his son works with one of the original applicants.

IBM confirmed that Esper’s son has been a digital strategy consultant with the company since February but said that his job was “unrelated to IBM’s pursuit” of the cloud deal.

The government has ramped up scrutiny of large technology companies, including Amazon, Apple Inc., Facebook Inc. and Google, over issues ranging from consumer privacy to marketplace competition. Yet even as Microsoft spent much of the 1990s wrangling with U.S. officials, ultimately losing a landmark case that accused the software maker of anti-competitive practices, it has largely stayed out of the recent round of regulatory glare. The company has even become a steady government contractor.

Chris Lynch, the former director of the Pentagon’s Defense Digital Service who helped design the JEDI project, praised the decision on Twitter. “JEDI Cloud is critical to our women and men in uniform,” he wrote.

But Representative Steve Womack of Arkansas, one of several Republican lawmakers who took their concerns about the process to the White House, said he remained “concerned with the contract structure.” He has said that the single source bid amounts to “limiting competition.”

Bezos and Microsoft founder Bill Gates are the two richest men in the world, according to the Bloomberg Billionaires Index. 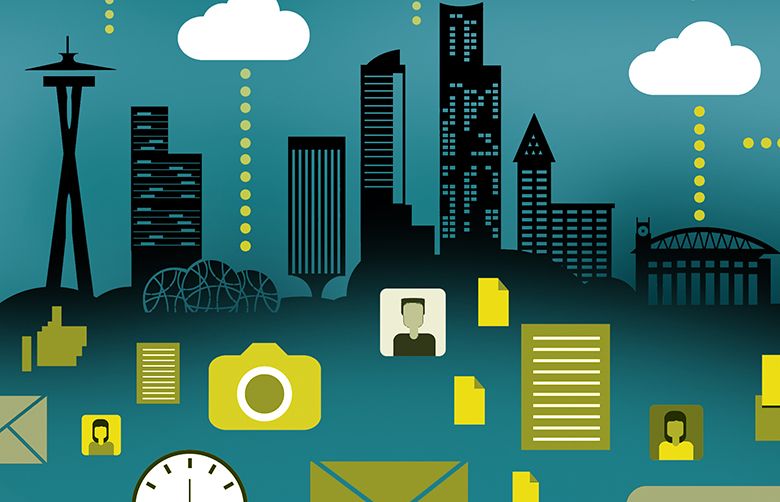