Dock workers brought work to a halt Thursday at Seattle’s Terminal 18, the largest container terminal in the Pacific Northwest, saying terminal operator SSA Marine is not doing enough to sanitize shared equipment to prevent the spread of coronavirus.

The stoppage is the second time this week longshore union members have refused to work over health and safety concerns. Workers also halted operations Monday, citing their contractual right not to work in conditions that could jeopardize their health and safety, after learning that an SSA Marine supervisor had been tested for COVID-19 the day before. SSA Marine sanitized the office in which the supervisor worked. 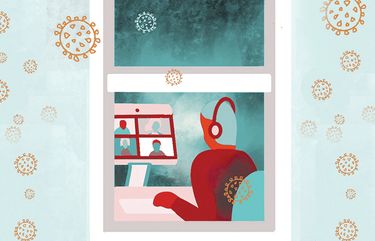 Disputes over proper sanitation of longshore equipment have been a persistent theme of how the crisis has played out on the docks. After weeks of negotiation, SSA entered into an agreement with the longshore union the last week of March to employ machinists to clean equipment between shifts.

Workers at the Louis Dreyfus Grain Terminal in Interbay also protested that company’s sanitation policies by refusing to unload grain cars for a night in late March.

This article has been updated to more accurately reflect workers’ actions Monday.

What has changed about your daily life? What kinds of discussions are you having with family members and friends? Are you a health care worker who's on the front lines of the response? Are you a COVID-19 patient or do you know one? Whoever you are, we want to hear from you so our news coverage is as complete, accurate and useful as possible. If you're using a mobile device and can't see the form on this page, click here.
Katherine Anne Long: 206-464-3229 or kalong@seattletimes.com; on Twitter: @_katya_long.