WASHINGTON — File your federal income tax return electronically by Monday’s deadline, and if you’re getting a refund, you should get it by May 9.

But file a paper return, or make a mistake, and the wait is likely to stretch into the summer. Or longer.

The Internal Revenue Service had been trying to catch up with its paper and error backlog for some time, and though it reports progress, officials still warn of long delays.

“Many of the unprocessed return submissions date back to at least April 2021, and millions of taxpayers are still waiting for their refunds, with some taxpayers waiting as long as a year,” National Taxpayer Advocate Erin Collins reported on the agency’s blog last week.

The IRS says people filing electronically, and making no errors, should see a refund within 21 days or less after filing if they’re supposed to get one. Those filing on paper or making a mistake should see an estimated wait that could stretch 90 to 120 days, if not longer. 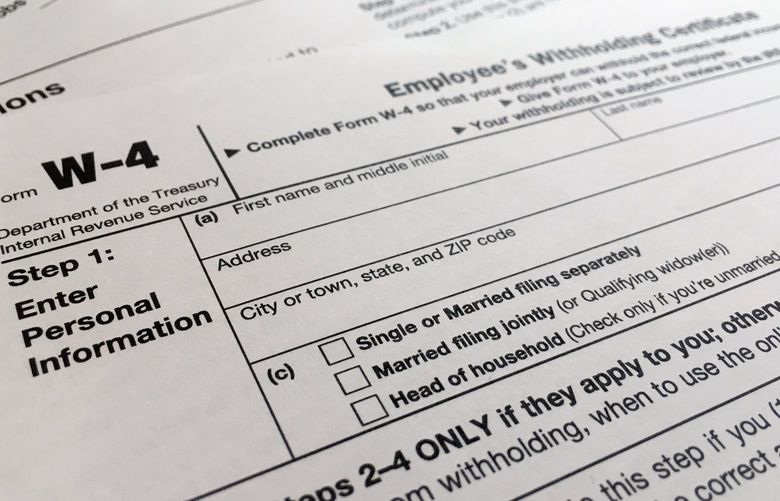 Most people file electronically. In the week ending April 1, the IRS had processed a total of 91.2 million returns, and 87.8 million had been filed electronically. A total of 63.6 million filers were due refunds, which averaged $3,226.

Paper returns are another matter.

“Paper is the IRS’s kryptonite, and the agency is buried in it,” Collins wrote in her blog last week.

But it’s still going to take time to get refunds if the filing is on paper, or there are errors on the return.

Collins explained the problem in a blog post last month:

“Employees manually transcribe all paper tax returns. Transcription consists of keystroking each digit and each letter on the return,” she said.

For a moderately complex tax return, that could be transcribing several hundred digits. Longer returns could mean at least 1,000 digits.

The IRS and delays

IRS says it has now processed all error-free refund returns received before April 1.

“We are continuing to reroute tax returns and taxpayer correspondence from locations that are behind to locations where more staff is available, and we are taking other actions to minimize any delays,” said an agency statement.

Part of the delay is the result of different tax relief and economic stimulus programs approved in COVID-19-related legislation over the past two years. There have been three stimulus payments as well as new child credits and other benefits.

Part of the delay is the result of slashed IRS budget and personnel levels as well as outdated technology over the past several years. The IRS has been trying to rectify the problems with a hiring spree, and Rettig says it’s trying to update the technology.

Collins has been less convinced there’s significant progress. “During the past two decades, state tax agencies have been using scanning technology to automate the processing of paper tax returns,” she noted in her blog last month.

“During that time, the IRS has considered, rejected, proposed, reconsidered, partially implemented, and deferred the question of whether to implement scanning technology.”