Major supermarket chains are beginning to report their first coronavirus-related employee deaths, leading to store closures and increasing anxiety among grocery workers as the pandemic intensifies across the country.

A Trader Joe’s worker in Scarsdale, New York, a greeter at a Giant store in Largo, Maryland, and two Walmart employees from the same Chicago-area store have died of covid-19 in recent days, the companies confirmed Monday. In March, a Seattle neighborhood grocer died from the effects of COVID-19. 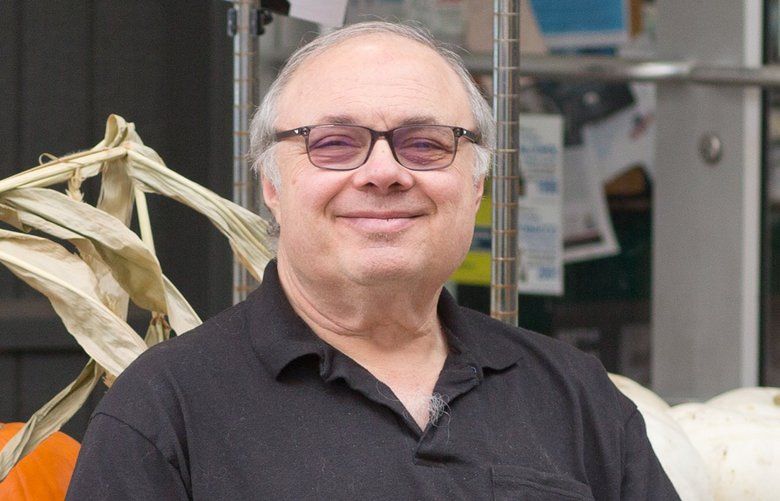 Though more than 40 states have ordered nonessential businesses to close and told residents to stay home to stem the spread of the virus, supermarkets are among the retailers that remain open. Thousands of grocery employees have continued to report to work as U.S. infections and death rates continue to climb, with many reporting long shifts and extra workloads to keep up with spiking demand. Many workers say they don’t have enough protective gear to deal with hundreds of customers a day. Dozens of grocery workers have tested positive for the coronavirus in recent weeks.

Industry experts say the rise of worker infections and deaths will likely have a ripple effect on grocers’ ability to retain and add new workers at a time when they’re looking to rapidly hire thousands of temporary employees. Walmart, the nation’s largest grocer, is hiring 150,000 workers, while Kroger is adding more than 10,000. Many are offering an extra $2 an hour and promising masks, gloves and hand sanitizer. But finding workers willing to work on the front lines for little more than the minimum wage could be an increasingly tough sell, according to supermarket analyst Phil Lempert.

“One of the biggest mistakes supermarkets made early on was not allowing employees to wear masks and gloves the way they wanted to,” he said. “They’re starting to become proactive now, but it’s still going to be much tougher to hire hundreds of thousands of new workers. We’re going to start seeing people say, ‘I’ll just stay on unemployed instead of risking my life for a temporary job.'”

Some companies have begun installing plexiglass sneeze guards at cash registers and requiring customers to stand 6 feet apart in line. The country’s two largest grocers, Walmart and Kroger, are beginning to check employees’ temperatures at the beginning of each shift, and will provide workers with gloves and masks.

The added precautions come amid a wave of worker strikes and petitions aimed at getting employers like Amazon, Trader Joe’s and the grocery delivery service Instacart, to take additional steps to protect workers. (Amazon founder Jeff Bezos owns The Washington Post.)

Those efforts are likely to take on new urgency, analysts said, as supermarket workers across the country begin to see colleagues fall ill from COVID-19. More than 356,000 Americans have tested positive for the coronavirus as of Monday afternoon, and nearly 10,500 have died.

A Trader Joe’s employee with underlying health conditions died of COVID-19 early Monday morning, spokeswoman Kenya Friend-Daniel said. The Scarsdale, New York, store where the employee worked has been closed until Thursday to give workers “time to process and grieve,” Friend-Daniel said in an email. Employees will continue to be paid during the closure, and will receive an additional two days of paid leave, she said.

In Illinois, Walmart employees Phillip Thomas, 48, and Wando Evans, 51, both of whom worked at a store in Evergreen Park near Chicago, died in late March, according to labor advocacy group United for Respect.

A Walmart spokesman said the company is “heartbroken.” The grocery giant has hired an outside company to sanitize “high-touch” areas, such as front entrance, carts, registers and bathrooms. It has also started installing sneeze guards at cash register and begun limiting the number of customers who can shop at one time.

“She said, ‘Mommy, I’m going to work because no one else is going to help the senior citizens get their groceries,” her mother, Zenobia Shepherd, told The Washington Post. “She only stopped going to work when she could no longer breathe.”

Her last day at work was March 16, according to Giant spokesman Daniel Wolk. Jordan tested positive for the coronavirus in late March and died Wednesday.

Wolk said the company cleaned and disinfected the store when it found out about Jordan’s diagnosis, and is providing counseling for employees.

Information from The Seattle Times was added to this report.

Ask in the form below and we'll dig for answers. If you're using a mobile device and can't see the form on this page, ask your question here. If you have specific medical questions, please contact your doctor.
This story was originally published at washingtonpost.com. Read it here.