Like many other American staples and luxuries, L.O.L. Surprise! dolls are made in China. Chatsworth-based MGA Entertainment has them manufactured in Guangdong province, trucked to the port in Yantian Harbor, loaded on ships and brought to the United States, where the popular toys are distributed to retailers and scooped up by eager children. The process went smoothly for years.

Then the coronavirus outbreak hit, and the supply chain stuttered.

The situation is “a disaster, frankly,” MGA Chief Executive Isaac Larian said. Production of his company’s toys has dropped 60% compared with this period last year. To get by, he said, he is filling only partial toy orders — “if a retailer wants 100,000 pieces, we’re giving them 15,000 or 20,000.”

Businesses of all stripes nationwide are feeling pain from the coronavirus outbreak, which has killed 1,775 people and infected more than 71,300 others worldwide, mostly in China. 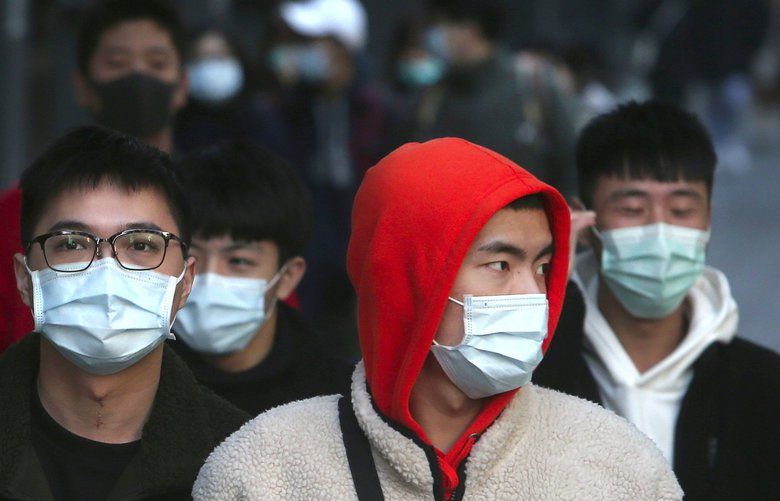 Washington state businesses brace for impact of the coronavirus, including a big hit to Seattle tourism

U.S. shoppers might start seeing items missing from store shelves as early as mid-April, analyst Edward J. Kelly of Wells Fargo Securities said in a note to clients last week. Big-box retailers such as Walmart and Target “could be the first to experience out-of-stock issues” because they restock more quickly, he wrote.

The timing of the outbreak was key because workers at Chinese plants had returned to their hometowns for two weeks to celebrate the Lunar New Year on Jan. 25, and “now they’re stuck, they cannot come back to the factories” because of quarantines, Larian said.

“Some of the factories that did open can’t get raw materials, like fabric and plastics, to make the products. And if they can make products, they can’t get them on the road to the ships because the quarantines mean you can’t travel from one area to another,” he said.

Rival toymaker Mattel also cited that problem Friday in announcing that its Chinese factories and those of its contract partners, which were supposed to restart production Feb. 3, would stay shut until Monday.

“We do expect production delays,” Mattel Chief Financial Officer Joseph Euteneuer said on a call with analysts. “While none of our manufacturing is located in the Wuhan province” where the coronavirus outbreak started, “the ability of the manufacturing workforce to return to work after the Lunar New Year holiday is being impacted.”

One of those workers is Li Jianchao, who works in a factory that makes stuffed animals and dolls in the southern Chinese city of Dongguan but traveled to the Jiangxi province in central China, 500 miles away, for the holiday. For the last few weeks, he’s had no luck contacting his boss about returning to work.

“At first, he said he would get back to us when he knew he could resume the operation,” Li said. “Then he stopped taking anyone’s phone calls.”

“We see that the number (of virus cases) don’t seem to be ebbing,” said Gerrit Schneemann, senior smartphone analyst at the research firm IHS Markit. “It feels like this will continue on at least for a couple more weeks.”

The delays “will be a shock to the system and disrupt the supply chain further for Apple on both its core iPhone franchise and AirPods unit production, which is already facing a short supply,” analyst Dan Ives of Wedbush Securities said in a recent note.

Earlier this month Facebook stopped taking new orders for its back-ordered Oculus Quest virtual reality headset due to delays in hardware production from the viral outbreak.

Amazon urged Chinese third-party sellers on its Marketplace section to alert buyers of the likely disruption of orders and to consider setting their status to vacation mode to avoid incurring poor customer ratings, according to messages to sellers viewed by The Los Angeles Times.

Chui Yin Chau, a virtual and augmented reality industry analyst with Greenlight Insights, said there was no clear end in sight to the turmoil.

“When we talk to manufacturers, they cannot give an estimate” of when they might be able to return to full production capacity, Chau said. “Most of them are starting to resume production this week, but it still depends on many, many external factors, so they cannot guarantee anything.”

The effect on supply chains extends to the Port of Los Angeles — along with the dockworkers, truck drivers and the vast warehouse and distribution network that rely on it — all of which already had been disrupted in recent months by the U.S.-China trade war, said Gene Seroka, the port’s executive director.

He estimated that overall, there would be 80 fewer sailings of ships from China to the United States, and 350,000 fewer shipping containers received, in the coming weeks. The number of cargo containers received at the twin ports of Los Angeles and Long Beach would drop by one-fifth.

More than 100,000 people were scheduled to converge on Barcelona, Spain, next week for the world’s largest phone show, Mobile World Congress, but that event was canceled Wednesday due to the virus.

David Schwartz, a gaming historian and history professor at University of Nevada, Las Vegas, said the effect of the coronavirus outbreak on Las Vegas is still unclear and that a better read will come in March when detailed data on gambling spending for January and February will be released. He said spending on Baccarat, a card game favored by Chinese gamblers, will be telling.

“The question is if it spreads, does it lead to a shift in travel behavior,” he said. “If it is contained and goes away pretty quickly, it’s not going to be a big impact.”

Some of Las Vegas’ biggest casino owners, such as Wynn Resorts, Las Vegas Sands and MGM Resorts International, may suffer the biggest blows because they also own resorts in Macau, an autonomous region of China where casinos have been shuttered.

Americans, meanwhile, are cutting back on travel for fear of infection. Travel Leaders Network, a group of 5,700 travel agencies in North America, said it surveyed nearly 400 travel advisers and found that about one-third reported a high to moderate number of cancellations to China and other parts of Asia.

Anoosheh Oskouian, chief executive of Ship & Shore, a Signal Hill, Calif., provider of pollution-abatement equipment, said she won’t travel to China to check on operations at a manufacturing facility for fear of getting the virus.

The firm became a co-owner of a plant in China late last year to offset the costs of higher tariffs on products it imports.

“This is the first time we are manufacturing everything there and I’m not able to go back,” Oskouian said. “I’m supposed to be in China right now. We’re almost completely out of touch with the people we should be in regular contact with. It’s one of those problems where it’s hard to develop a solution.”

A broad swath of U.S. firms that sell goods and services in China also are losing sales due to the virus.

McDonald’s, Nike and Starbucks already have closed scores of stores in China. The apparel firm Under Armour Inc. said the outbreak would cause its sales to drop by $50 million to $60 million.

The footwear maker Skechers USA also reported “a significant number of temporary store closures” and said its comparable store sales in China — or those of stores open at least a year — were “below average.”

Walt Disney has temporarily shut down its theme parks in Shanghai and Hong Kong, which is expected to cut $175 million from its second-quarter operating income.

The coronavirus also has effectively shut down mainland China’s booming cinema industry, with almost all theaters in the country closed, and Chinese and U.S. studios have felt the effects of the pause.

During the Spring Festival holiday, which ran Jan. 24 through Feb. 12, box-office sales totaled about $3.94 million, down nearly 100% from $1.5 billion the same holiday period a year ago, according to Artisan Gateway, a consultancy that follows the Chinese film industry.

For studios outside China, including Hollywood companies that often rely on the country’s massive population to pad results for their movies, the market has virtually vanished temporarily due to the outbreak. Imported films have grossed a mere $37.8 million at Chinese theaters so far this year, down 86% from the same period in 2019, according to Artisan Gateway data.

Tesla, meanwhile, shut down its new Shanghai assembly plant from Feb. 2 to Feb. 10, but it’s unclear how much production has resumed. The Fremont automaker was aiming to build 150,000 electric cars at the facility this year.

“It is unknown whether and how global supply chains, particularly for automotive parts, may be affected if such an epidemic persists for an extended period of time,” Tesla said in its newly issued 2019 annual report.

Overall, the virus will disrupt production of at least 1 million vehicles across the industry, the China Association of Automobile Manufacturers said.

Even if the outbreak stabilized today, “it’s probably three weeks before you get real visibility” on its effect on the carmakers “and everyone has their own plans to either throttle down or ramp up capacity,” said Dan Hearsch, a managing director at the consulting firm AlixPartners.

Earlier this month, European commercial aircraft maker Airbus temporarily closed a final assembly line for its A-320 aircraft in Tianjin, China, but the company said Thursday it had been authorized by Chinese authorities to reopen the line. Airbus did not specify when it would restart or how the closure affected its business.

“Airbus is constantly evaluating the situation and monitoring any potential secondary effects to production and deliveries and will try to mitigate via alternative plans where necessary,” Airbus said.

Due to tight government regulations, the U.S. aerospace industry does not typically import components from China, though materials from China can be made into parts elsewhere in the world and eventually used in U.S. planes and other vehicles.

David Pierson
James F. Peltz
The Seattle Times does not append comment threads to stories from wire services such as the Associated Press, The New York Times, The Washington Post or Bloomberg News. Rather, we focus on discussions related to local stories by our own staff. You can read more about our community policies here.
Advertising