Like many vendors at Pike Place Market, Scott Chang isn’t sure when business will resume its pre-COVID normal.

True, this summer brought welcome crowds of tourists and locals to the open-air Seattle landmark. Sales at See Lee Gardens, the flower business owned by Chang’s family, are nearly back where they were before the pandemic shuttered the Market’s picturesque warren of stalls and shops.

But there’s another, more somber reason for See Lee’s rebound: Several competing flower vendors haven’t come back to the Market, or are only here a few days a week. They now sell at other outlets that don’t require the long commute into downtown Seattle.

Even Chang, for the first time, is selling some of his flowers elsewhere, partly as a hedge against future COVID-related disruptions.

“We’re never going to quit Pike Place,” says Chang, 36, of the place that has hosted his family business since the 1980s. But the pandemic “was a big eye-opener that we have to look for other venues.”

Fifty years after Pike Place Market was nearly razed in the name of progress, the sprawling institution faces another, even more complex nemesis.

Although many of the Market’s more than 500 businesses saw solid sales this summer, visitor numbers are still below their 2019 levels. Many vendors and farmers are still on reduced hours, and dozens haven’t returned or are squarely on the fence about coming back.

“It truly is up in the air right now,” says Jim Johnson, owner of Olympia-based Johnson Berry Farm, a 22-year Market stalwart that hasn’t been back since last fall.

Even many of those vendors who have made it back did so by shifting how — and sometimes where — they do business as they prepare for their second pandemic winter.

More on Pike Place Market and the economy 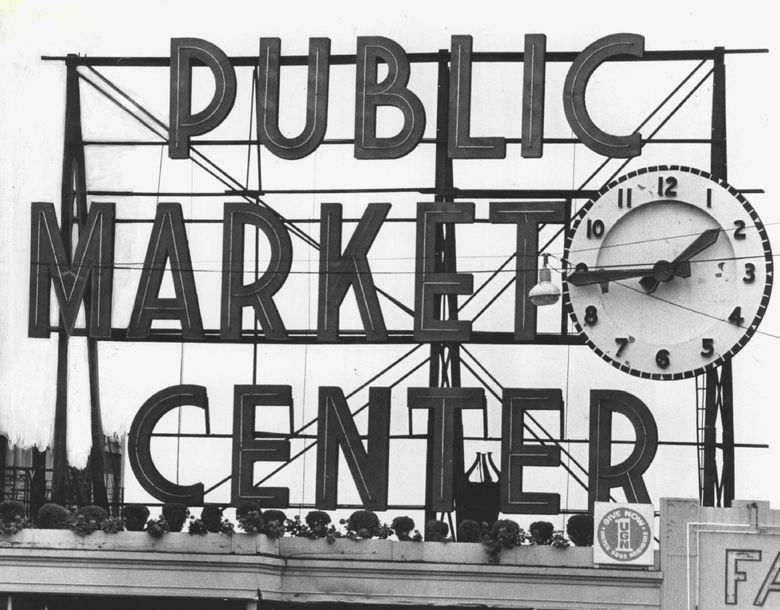 Collectively, it points to changes for an iconic, eclectic retail community that was facing challenges before COVID, including labor shortages and competition from online retailers and from a proliferation of farmers markets in virtually every town and neighborhood.

Although Pike Place Market remains the region’s go-to source for a fully immersive “meet the producer” experience, “we can’t live on it alone,” says Mary Bacarella, executive director of the Pike Place Market Preservation and Development Authority (PDA), which owns and manages the 9-acre, 14-building complex. The Market, Bacarella, “has to adapt.”

“They took a hit”

That face-to-face quality is, of course, precisely why Pike Place Market suffered so deeply from COVID.

Even after the state reopened nonessential businesses in June 2020, the tourists who historically provide around half the Market’s sales were all but absent. Although loyal locals came out in droves, overall visitor numbers stayed at less than half their pre-pandemic levels into early 2021, according to data from the Downtown Seattle Association.

Fewer tourists meant fewer vendors, which in turn left the Market even less attractive to visitors.

“One summer to another, it went from making hundreds of dollars a day to making dozens of dollars a day,” says Daniel Fleming, 48, a photographer and digital artist who has rented a daystall in the Market since 2007.

The entire Market organization shrank. Revenues for the PDA, which charges some tenants a percentage of retail sales, fell from a record $22.6 million in 2019 to $13.2 million in 2020, leading to cost cutting and layoffs of 15% of its staff. “They took a hit,” says Bacarella.

Recovery has been slow and has come through both a top-down relief effort and bottom-up individual enterprise.

The PDA, for example, has offered tenants $3.7 million in rental assistance; the Market’s fundraising arm, the Pike Place Market Foundation, offered almost $700,000 in small-business grants. There were programs to help vendors apply for federal Paycheck Protection loans, promotion campaigns aimed at locals, and even TV ads. And despite the losses and extra expenses, Bacarella says the PDA still has a $18 million cash reserve and as of August, has generated $11.6 million of what is hoped to be a $14.8 million year.

Individual businesses, meanwhile, came up with their own adaptations. At the Sound View Cafe, Alex Amon, whose family purchased the place almost 30 years ago, completely re-engineered the menu, replacing many complicated higher-end items with simpler selections that “were more cost-efficient for us.”

At the Cinnamon Works bakery, owners Michael Ruegamer and Judy Beggs cut expenses by doing more of the work themselves — for a time, Judy handled all baking and selling single-handedly. They also benefited from customers’ patience: During the pandemic, Judy says, “people learned how to wait in line,” which allowed the bakery to operate with fewer counter staff.

Like retailers everywhere, many Market vendors also found ways to rely less on face-to-face sales. “We definitely upped our game online,” says Devynn Patterson at Marakesh Leather, a Market presence since 1971. The business saw online sales jump from 5% of total sales pre-COVID to around 35% today.

For vendors with little or no online presence, the PDA organized how-to webinars by some of the Market’s web-savvy sellers. Jeweler Twyla Dill, of Twyla Dill Design, has taught vendors how to “go from zero to having a Shopify website,” she says.

But some vendors also found ways to reduce their reliance on the Market itself.

“To help pick up the slack” in sales, Lynden-based Holmquist Hazelnut Orchards stepped up sales at 16 other regional farmers markets, many of which were thriving even as Pike Place struggled, says co-owner Richard Holmquist.

For Seattle artist Dan Gregory, a daystall vendor for almost 19 years, the pandemic strategy was to open a gallery nearby for local artists, which now accounts for 20% of his sales. With the “unknown of COVID, I didn’t know where the Market was going, where the economy was going. I felt like I had a little more control if I had my own storefront,” he says.

On a sunny Saturday in early October, Pike Place Market seems as busy as ever. Street and stalls were crowded and loud. Face masks aside, this could’ve been 2019.

But there are differences. Visitor numbers are still only around 75% of their 2019 levels for early October, in part thanks to an abbreviated cruise ship season.

And though most of the Market’s 222 restaurants, shops and other brick-and-mortar tenants are back, just 69 of 96 farmers and 147 of 186 crafters had returned as of Oct. 6, Market officials said. All told, the Market’s business community is still down by around 15% from 2019.

Some of the absences reflect pandemic-related moves by vendors; but they also reflect long-standing challenges.

For some of the Market’s older vendors, the pandemic was simply a good moment to retire. Vickie Clark Rafael, a 66-year-old jeweler in Shoreline, has operated a daystall for more than 40 years. Though she hasn’t returned since the pandemic struck, she had planned to stay on until 70, but is now unsure. “This whole COVID reality has made things so challenging to decide what to do,” she says.

For other vendors, the challenge has been finding enough staff to run a stall full time. Some say they can’t pay enough to get workers to come downtown. Others say the work itself, which typically requires setting up and tearing down hundreds of pounds of products and equipment every day, leads to high turnover.

“It’s really hard to find somebody that’s going to stay more than a … couple months,” says Nicholas Gerber, 24, who tends daystalls for Sweet Things Honey Farm and Herban Farms and has watched many farmers struggle to find and keep Market staff.

Well before COVID, the PDA and vendors had faced growing competition from online retail, proliferating farmers markets, and the improved local produce sections at some grocery stores. The PDA had been responding by helping get vendors online, and had launched satellite farmers markets in South Lake Union, City Hall and Virginia Mason — and even a Community Supported Agriculture (CSA) program with prepackaged produce boxes.

As the pandemic recedes, the PDA wants to extend those efforts with a local delivery service and more web support for vendors, as the Market waits for a fuller recovery of the region’s tourist sector.

But given how quickly the pandemic can change course, Bacarella says, the main strategy is to stay flexible enough to adapt. “I mean, we were pretty confident as we’re going into the summer — and then with the new delta variant, we all had to pivot again,” she says.

For some vendors, especially those facing labor woes or worries over spotty sales, that pivot could mean stepping away from the Market — at least until tourism fully recovers.

“At the end of the day, there’s a magic number that you have to make to justify being there,” says Holmquist, the hazelnut grower. As long as sales and visitors at the Market keep trending in the right direction, he plans to keep coming to the Market.

Others are still trying to work out their magic number. Clark Rafael, the jeweler, knows the strong summer sales many vendors saw don’t guarantee anything for her or other vendors who are still waiting in the wings.

If she wants to see whether Pike Place Market still works for her, she says, “we basically just have to go down there and try it.”

An earlier version of this article stated that the Amon family had opened the Sound View Cafe; in fact, the family purchased the cafe from its previous owner.