Thousands of Boeing employees and others who’d endured miserable cold and rain early Friday morning were cheered when the new 777X widebody jet finally taxied out for its maiden flight at Paine Field in Everett about 10:30 a.m.

The big jet got to the end of runway and spread its folding wingtips to get ready to fly. But there it sat, motionless, for more than two hours as the pilots waited forlornly for a gusty tailwind to subside.

At 1:30 p.m., Boeing called it a day and scrapped the flight. Weather conditions weren’t right. The pilots will be back for another try Saturday morning, aiming again for a 10 a.m. take-off.

For this initial flight, the strong and unpredictable wind was a problem. At Paine Field, Boeing’s test flights, which are classified as “experimental,” must take off to the north so that the aircraft are quickly flying over the waters of Puget Sound, not the residences of Mukilteo south of the airport. The wind on Friday was about 15 mph to the north, with gusts as high as 30 mph.

Related More on the 777X 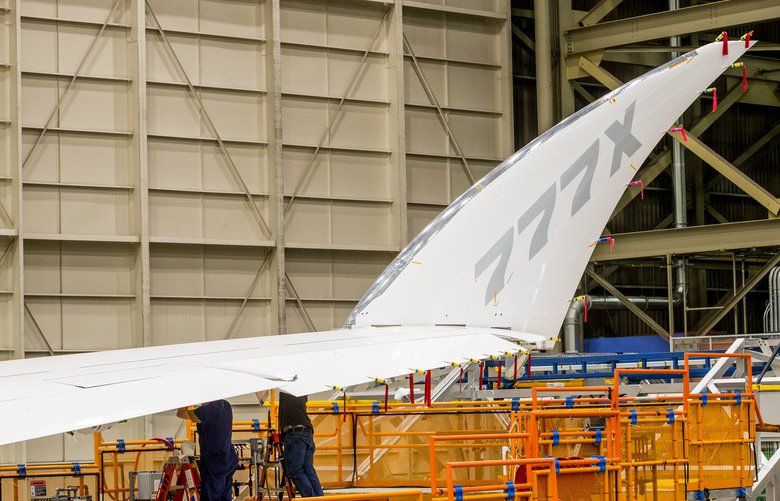 Airplanes typically take off and land against the wind. This increases the speed of the air passing over the wing — the airspeed — which is what produces lift.

On Friday, numerous other aircraft, including Boeing’s ungainly Dreamlifter cargo freighter, took off and landed to the south, against the wind, without a problem.

If a plane takes off with a tailwind of 30 knots, however, the airspeed is decreased by that amount. So an airplane will have to move faster along the ground to overcome that deficit in lift, and will need more runway to take off.

A gusty wind is even more problematic. With a steady wind, a plane might reach a speed that produces enough lift to take off or climb away, only for a sudden tailwind gust to reduce that speed — and suddenly the lift disappears.

For the first flight of a new airplane type, the manufacturer wants optimum conditions. A Boeing official said Friday that the threshold it needed for take off was a tailwind below 10 mph.

Paine Field on Friday did not comply. Lower winds are forecast for Saturday.