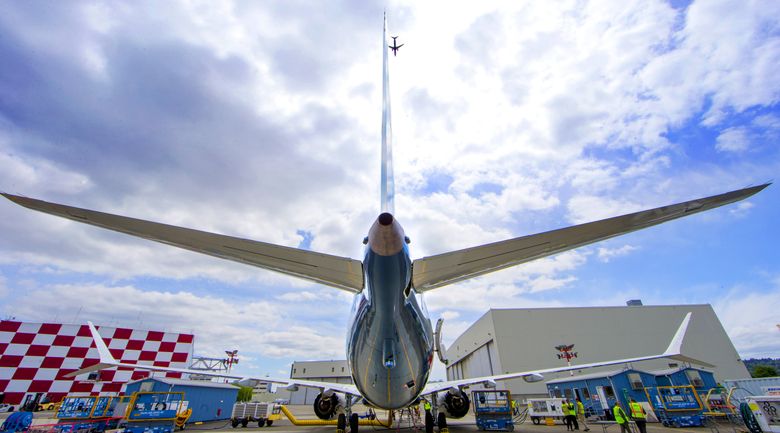 In a series of stories that led media coverage of the two deadly crashes of Boeing’s 737 MAX jet, The Seattle Times was the first to reveal how Boeing misinformed the Federal Aviation Administration and airlines about key features of the plane’s automated flight control system.

The weekend after the second crash, a Seattle Times front-page story — citing proprietary Boeing information submitted to the FAA — laid bare how the federal regulator was not fully informed as Boeing expanded the powers of its MCAS flight control system, the automated software whose malfunctioning killed 346 people.

The follow-up stories, using numerous internal Boeing and FAA documents obtained by our reporters, showed how the flawed design was approved by a flawed regulatory process as the FAA increasingly delegated responsibility for safety assessments to the manufacturer, and how management at both organizations pressed for shortcuts and money-saving solutions against the recommendations of both low-level FAA officials and Boeing safety experts.

These stories are part of a yearlong reporting effort that included more than 150 bylined stories examining the human toll, the local economic impact, the technical complexity of airplane engineering and the convoluted threads of air safety regulation.

The inside story of MCAS: How Boeing’s 737 MAX system gained power and lost safeguards

Here, we examine the arc of two tragic Boeing 737 MAX flights, Lion Air 610 and Ethiopian Airlines 302, tracking the movements of pilots and the details of flight-deck data through critical seconds.

As Boeing designed an automated safety system for the 737 MAX, the company built it to potentially activate based on the reading of a single sensor. That decision has baffled even those who worked on the plane inside a company that has long embraced the need for redundancies.

After the Lion Air 737 MAX crash, Boeing described an emergency procedure to use if its new flight-control system was inadvertently activated. But that procedure may have been inadequate to save the Ethiopian 737 MAX, not accounting for heavy loads on the tail that would have made it difficult to move manually.

‘Why did our daughter fall out of the sky?’ Boeing 737 MAX tragedies leave anguish, anger, lots of questions

Like the families who lost loved ones on Lion Air Flight 610, those now mourning the loss of Ethiopian Airlines Flight ET 302 face agonizing questions that have intensified as the Boeing's 737 MAX controversy unfolds.

Aviation experts believe Boeing's 737 MAX software fix will definitively prevent a recurrence of the flight scenarios that killed 346 people in the crashes in Indonesia and Ethiopia. Regulators must still work out details of the training pilots need before they fly the MAX again.

As Boeing’s 737 MAX nears a return to service, will flyers return to it?

Grounded worldwide after two crashes killed 346 people, Boeing’s 737 MAX faces a potential consumer backlash as its return to flight looms closer. The fate of the MAX — along with Boeing’s reputation — largely depends on winning over nervous passengers who may seek to avoid flights on the troubled aircraft.

A Lion Air crash victim, his family’s loss and a year of quiet mourning

One man's harrowing experience of discovering the fate of his only sibling played out again and again last Oct. 29, as relatives and loved ones of the 189 people aboard the Boeing 737 MAX jet, Lion Air Flight 610, learned of its crash.

For decades, Boeing was the backbone of Renton’s local economy, though that’s become less so as the city's population has grown and the number of Boeing jobs has shrunk.

Boeing's disastrous year will be followed by a precarious 2020: As the company's new leaders struggle to recover control, they face crucial decisions about developing new airplanes while coping with depleted financial resources, a distracted engineering corps and a loss of a strategic advantage against rival Airbus.

Boeing released more than 100 pages of documents to Congress on Thursday detailing internal messages that reveal how, during certification of the 737 MAX, company employees spoke of deceiving regulators and Boeing’s airline customers, and fought off moves over several years to require anything but minimal pilot training.

Boeing documents related to the 737 MAX jet suggest a troubling culture that prioritized costs over safety.

See the latest headlines in our continuing coverage of the Boeing 737 MAX crisis.