Less than a week ago, Boeing top executive Dennis Muilenburg held firm to projections that the company’s grounded 737 MAX jets would win approval to return to the skies by year’s end.

But at least one member of the Senate committee that grilled Muilenburg on Tuesday suggested the troubled aircraft shouldn’t be flying again until a much-maligned Federal Aviation Administration (FAA) oversight program retreats from its practice of delegating authority to Boeing and other aerospace manufacturers.

Sen. Richard Blumenthal — citing revelations in recent news reports of a Boeing engineer’s claims that the MAX’s safety was compromised by cost and schedule considerations, and that the company pushed to undercut regulatory oversight — pushed back against findings that the FAA’s practice of delegating more safety certification authority is only likely to increase.

“The story of Boeing sabotaging rigorous safety scrutiny is chilling to all of us — and more reason to keep the 737 MAX grounded until certification is really and truly independent and the system is reformed,” said Blumenthal, D-Conn.

Blumenthal’s comments came during the latter part of the Senate Transportation Committee’s hearing on the MAX. After the panel finished with Muilenburg, it turned its attention to absorbing the findings of two recent investigations into how the troubled MAX won FAA certification in the first place. 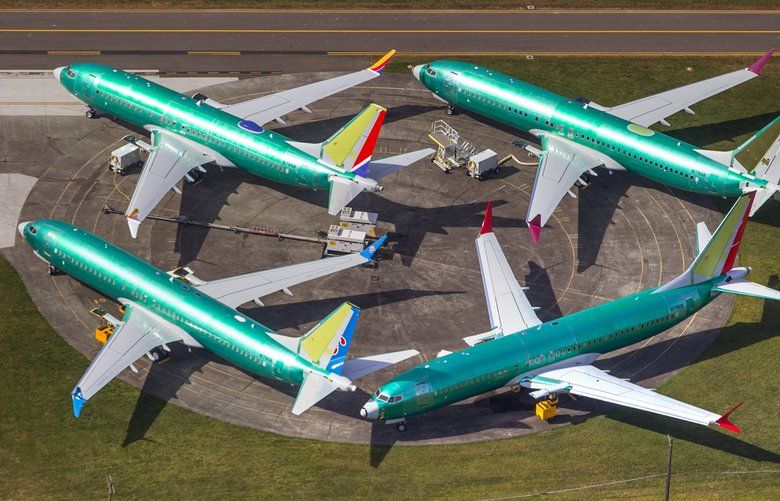 Robert Sumwalt, chairman of the National Transportation Safety Board (NTSB), summarized findings for the panel of an in-depth review into the “design certification processes used to certify the MAX.”

An NTSB report issued last month offered seven recommendations — which lawmakers have since introduced into legislation — partly based on findings that Sumwalt said Boeing “did not use realistic pilot recognition and corrective actions” when assessing risks associated with its Maneuvering Characteristics Augmentation System (MCAS). The powerful new flight-control software introduced on the MAX was triggered by a single, defective sensor, causing it to push the ill-fated jets’ noses down.

“What Boeing failed to account for in their assumptions is to consider MCAS could have failed for another reason — the MCAS could’ve activated because of a failure of the angle of attack, which would have led to numerous other alerts and warnings in the cockpit,” Sumwalt told the committee.

Also addressing the panel was Christopher Hart, a former NTSB chairman and pilot who chaired the Joint Authorities Technical Review (JATR), tasked with determining whether the MAX’s certification process applied and complied with appropriate regulations, and to recommend improvements.

Hart said that the increasing complexity of aircraft designs is raising questions about “whether a [certification] process that has been based largely upon compliance should address safety.”

“As systems become more complex, the likelihood increases that compliance with applicable regulations does not necessarily ensure safety,” he said.

That notion didn’t sit well with Blumenthal, who said that continuing to delegate the FAA’s certification oversight authority to manufacturers “seems contrary to what we have found here so far.”

The FAA’s role in certifying the MAX has drawn scrutiny in the wake of the Lion Air Flight 610 and Ethiopian Airlines Flight 302 crashes that killed a combined 346 people. The FAA ordered the MAX grounded after the second crash, in March, amid various investigations.

The FAA, citing lack of funding and resources, has over the years delegated increasing authority to Boeing to take on more of the work of certifying the safety of its own airplanes. A Seattle Times investigation published in March  showed that the safety analysis of the MCAS system that played a major role in both crashes was done entirely by Boeing.

“I’m just really discouraged and frankly skeptical that the FAA should be sort of doomed to failure and have to outsource safety,” Blumenthal told Hart.

“I don’t mean to suggest that they’re doomed to failure,” Hart responded. “I’m suggesting that’s why I think the collaborative process of the delegation will continue, because there’s no way in my view in the way things are currently situated, that the FAA will have the expertise in house to do it without the collaboration.”

“Well, putting aside the word ‘collaboration,’ I hope we can prove you wrong by in fact incentivizing, financially and otherwise, people with those skills to go to work for the FAA, because that’s where  the disinterested and independent safety function belongs,” Blumenthal said. “If you outsource safety, that is doomed to failure.”