WASHINGTON – As President Joe Biden charts his coronavirus economic recovery agenda through the Internal Revenue Service, the nation’s tax collector will take on an expanded role as comptroller of the social safety net, delivering billions of dollars in stimulus payments to millions of American households.

Under the “American Rescue Plan,” the Biden administration plans to use the IRS to distribute a third round of economic impact payments to 84 percent of American households. The agency could also be tasked with executing a proposal to distribute $109 billion in child benefit payments this year.

But the mission threatens to stretch the agency between its primary role as the country’s chief revenue collector and its relatively new presence as the distributor of coronavirus relief. 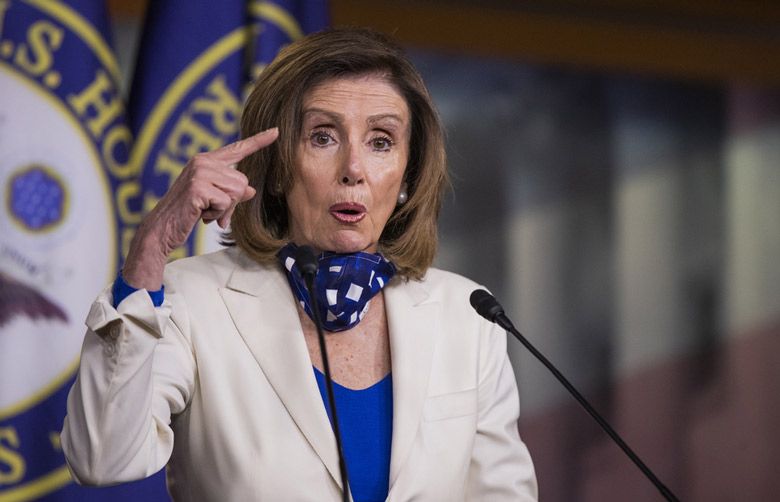 Highlights of the recovery package moving through the House

The reliance on the IRS comes at a time when the agency is already underfunded and scrambling in pandemic working conditions.

It continues to grapple with a significant backlog from the 2019 tax-filing season, plus snags in earlier rounds of stimulus payments. Personnel shortages caused by the pandemic have also caused a major slowdown in agency operations, forcing officials to platoon staff at IRS campuses to open mail and process a backlog of paper returns.

“It is morphing the IRS into this dual mission of both tax administration and administering of social programs. The challenge is the IRS was not set up for that purpose and their IT is not structured for that,” said Erin Collins, the national taxpayer advocate, an independent watchdog within the IRS.

“I think it’s wonderful the things that Congress are looking to do going forward, especially with child care. But I am concerned that the IRS systems were not created to do monthly checks.

IRS executives said at a Thursday news conference that the agency is up to the competing tasks, and urged taxpayers to file their returns and supporting documentation early and digitally. Ken Corbin, the IRS’s wage and investment division commissioner, said earlier rounds of stimulus payments provided a blueprint for the agency in the future.

“We believe that the reason that we’re being looked at is how the IRS responded during the pandemic to provide the economic impact payments,” Corbin said. “We certainly feel that if there’s a role to play that our agency can play to help taxpayers and help citizens share this hard time, we will be positioned to do so. And we’ll take every appropriate action to make sure that we not only meet the law when it’s passed, but that we provide accurate, safe service to taxpayers.”

Part of the IRS’s challenge in the coming months is developing the technological tools to administer Biden’s ambitious recovery plan. Like much else within the agency, its software is outdated. A frequent solution to new requirements, experts say, is to build systems on top of existing platforms, even if there are bugs in the software.

For example, said Nina Olson, a former national taxpayer advocate, IRS developers built its stimulus-payment distribution system into the same system it uses for return filing, bogging down the processing of both.

It will likely have to do the same for child tax credit payments.

“If you’re really looking at things like a monthly child tax credit or a monthly earned income tax credit, you can’t do that through the existing collection pipeline,” Olson said. “What it will mean is that the IRS may not be able to update the information in the system, so it may overpay or underpay.”

The IRS has 60 information systems that hold taxpayer records — an accumulation over years that serves various divisions of the agency — and each communicates with the others on a limited basis. IRS commissioners, the agency’s Senate-confirmed chief executives, for years have tried to sock away money for updating information infrastructure, experts say, but regular budget cuts have hampered their ability to save.

Even the agency’s basic customer-service systems are strained. Identity authentication requirements are so onerous, the Taxpayer Advocate Service reported, only 42% of filers who tried to create an online IRS account were granted access. For months in 2020, the agency was so swamped by phone calls, it instructed filers not to call with questions because it did not have the staff to respond. As of the first week of February, IRS employees answered only 9% of calls placed in 2021. Only 14% routed to a live representative were ever answered.

“It’s a bad cocktail, all these things happening at once,” said Mark Everson, who served as IRS commissioner under President George W. Bush.

Tax policy advocates say they consider the IRS’s annual operations processing close to 260 million individual and business tax returns to be a minor miracle, especially given almost yearly alterations to the tax code.

The vast majority of tax returns are filed electronically and shoot through a speedy examination pipeline that pumps out refunds in an average of 21 days.

But millions of those returns are flagged for errors, incompletions or suspicious activity, requiring assessors and auditors to pore through records and correspond with taxpayers and filing professionals to resolve outstanding questions.

What’s more, the security considerations of tax preparation and the sheer logistics involved with combing through untold volumes of mail constrain the IRS’s internal flexibility, making it reliant upon physical infrastructure across the country developed over decades.

As of Jan. 29, the IRS still had 6.7 million 2019 household returns in its processing pipeline, with some dating as far back as April 15. IRS Commissioner Charles Rettig said earlier that month that the agency was “current” on its backlog of 23.4 million pieces of mail, but officials in the Taxpayer Advocate Service are unclear how many of those mail pieces were simply opened and how many have actually been read and processed.

As of Jan. 30, around 65,000 IRS employees reported working remotely either full- or part-time, agency spokesman Eric Smith said. Another 27,500 employees were working in person, and 11,000 of them were assigned to processing centers handling paper returns and written correspondence. Smith said the agency had achieved timely opening of its mail, but “that does not mean all the mail from the recent backlog due to pandemic has been fully processed.”

The spread of the coronavirus in March 2020, at the start of the year’s tax filing season, scrambled the agency’s workforce and set off the herculean challenge of distributing laptops — with proper security features — phone headsets and more so employees could continue their work and eventually prepare systems for the distribution of benefits checks.

To work remotely, some IRS employees require a private room in their home, a locked filing cabinet and a government-issued printer, Olson said. The agency quickly had to equip employees for the long haul and also set protocols for months of portable work and pandemic life, such as conducting audits and answering taxpayers’ questions over the phone.

“You had people that were trying to work at home and they had children who were going to school virtually, and other adults in the house who were also trying to work virtually,” said Tony Reardon, president of the National Treasury Employees Union, which represents roughly 65,000 IRS employees. “They have dogs, too, that bark. And so there were these issues that ordinarily, if you’re working for the IRS and you’re in your home because you’re on telework, and you had a dog bark, you would be in some trouble.”

The IRS is contending with those challenges while navigating a depleted workforce and years of underfunding. Congress has cut the agency’s annual appropriation by 20 percent since 2010, chipping away at workplace morale and expertise.

The reduction in human capital — the IRS’s most valuable resources, experts say — risks further running the agency aground in 2021. More than 21,000 full-time employees left the agency between 2010 and 2019, including many of its most skilled and tenured professionals. As part of sustained budget cuts pushed by congressional Republicans upset over perceived bias within the agency, the IRS spent years cutting back on training, too, Reardon said, making it harder to adjust to an already hectic year.

Agency executives earmarked a pot of funding for recruiting more than 5,000 new employees between 2017 and 2019, according to a Taxpayer Advocate Service report, but were unable to meet their hiring goal.

IRS officials have reached out in several recent years to Caroline Bruckner, the managing director of the American University Kogod Tax Policy Center, to speak to her classes and recruit new employees. Her students seemed interested, she said, but sessions haven’t yielded many new hires, even as it is clear the agency recognizes its staffing shortcomings.

The IRS’s aging workforce, trending older at a faster rate than most federal agencies, according to the Taxpayer Advocate Service, presents another obstacle in returning staff to campuses as older people are more susceptible to serious disease from the coronavirus. It also marks a looming long-term crisis for the agency: More than a quarter of the workforce will reach retirement age within the next year.

“The IRS itself as a government agency has become such a political football and they have really struggled with recruiting,” Bruckner said. “But it hasn’t really translated or risen to the top of the concerns.”