Skip to content
By
DAVID KOENIG
The Associated Press

Washington is well known to Biden administration figures. In late 2020, he served on Biden’s transition, leading a team that advised the incoming administration on transportation policy. 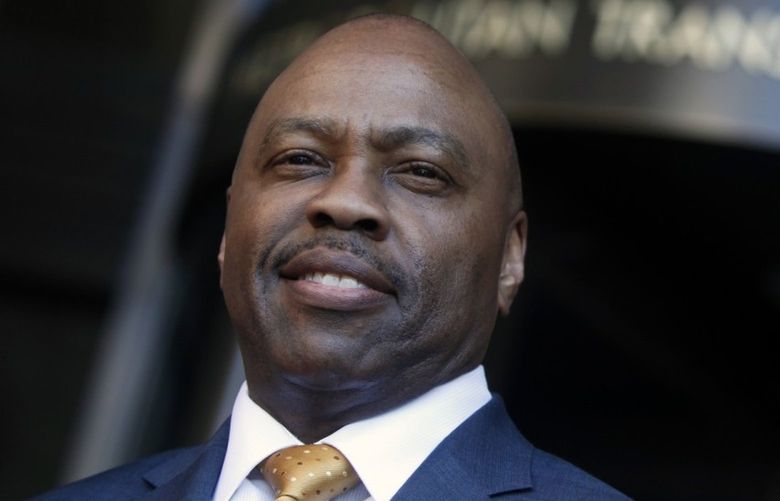 Here’s what we know about Phil Washington and the FAA

The FAA has come under criticism for its approval of the Boeing 737 MAX jetliner, which was later involved in two deadly crashes, and its slow reaction to fears that new wireless networks could interfere with critical equipment on planes.

This summer, airlines have accused the FAA of causing many flights to be delayed or canceled, partly because of a shortage of air traffic controllers, a claim disputed by administration officials.

Washington has a limited resume in aviation. He has been the top executive at the Denver airport only since last July. He has been closely tied to a plan to improve the airport for growth expected over the next 10 years, and called for building two new runways in addition to one under construction.

The pandemic cut deeply into airport revenue from airlines, passenger parking and concessions. The president of trade group Airports Council International –North America, Kevin Burke, said Washington “has had to work as a real innovator and problem-solver during one of the most difficult times our industry has faced, and his knowledge and experience are exactly what we need in an FAA administrator.”

Before taking the Denver airport job, Washington led the Los Angeles County Metropolitan Transportation Authority from 2015 to 2021 and ran Denver’s regional transportation agency between 2009 and 2015.

During the Biden transition, Washington led a team made up largely of other transportation officials and labor union representatives. He also donated $2,000 to Biden’s 2020 campaign, according to federal records.

Washington spent 24 years in the U.S. Army, and holds a bachelor’s degree in business from Columbia College and a master’s degree in management from Webster University, according to the White House.

The FAA has been without a Senate-confirmed administrator since Dickson, in a surprise move, stepped down halfway through his five-year term.

The FAA approved the Boeing MAX before Dickson took over in 2019. He oversaw the approval of Boeing-made changes to a key flight-control system that played a role in the crashes, and he won praise for resisting pressure from Boeing’s then-CEO, Dennis Muilenburg, to speed up the review of Boeing’s work.