The next market downturn, crash and bear market are coming.

Not particularly soon, if you believe most experts, but they’re somewhere on the road ahead.

They will happen with little warning, with few soothsayers calling them out, and despite political, societal and monetary efforts to keep them at bay.

Investors who invest to avoid that downturn – or who don’t invest at all in fear of it – will miss out on the next uptick, and possibly much more. While the long-in-the-tooth bull market can’t go on forever, the message now from all sorts of Wall Street observers is that even in a slowing environment, there’s a lot of upside left before the next turn. Moreover, the next decline may not last so long. 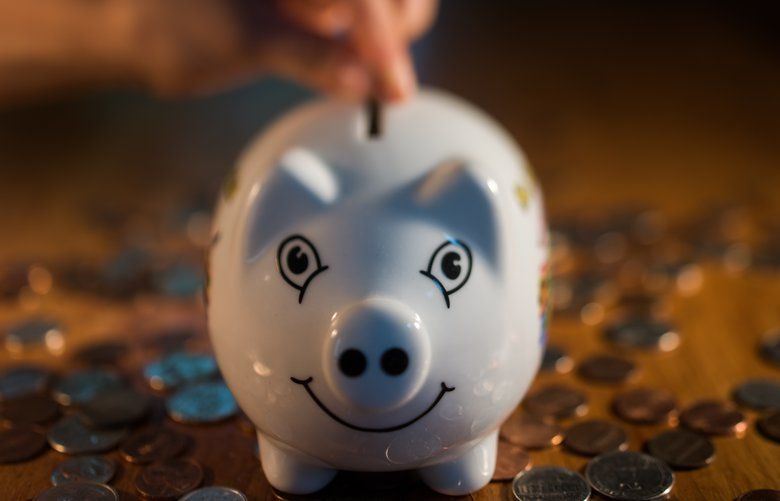 Scott Wren, senior global market strategist at the Wells Fargo Investment Institute, has said for years that too many average investors have simply not recovered emotionally from the shock of seeing their portfolio cut in half during the financial crisis of 2008.

While investors who rode out the troubles recovered in short order, Wren talks about the investors who couldn’t stand the pain and who pulled out of the market at the worst time – when their portfolios were down 40 or 50 percent — and who have ever really known how or when to get back in.

While they may have dipped a toe back into the bull market and recovered some of their losses, they haven’t felt comfortable enough to fully reinvest.

“Overall, if you look at our client base, they have held and continue to hold meaningfully more cash in their portfolios than what we would recommend,” Wren said in a recent interview on “Money Life with Chuck Jaffe.” “Clearly that has cost them some upside here, and I would argue … that sentiment is nowhere near where it would be at a market top and the lack of action from our clients is telling us that this bull market is not likely over.”

Market sentiment measures have been on the rise, but Wren’s point – that good feelings have not gotten to euphoric levels that keep the bull running on fumes – is well taken.

Meanwhile, a growing number of market observers say they don’t see a meaningful downturn occurring in the near future.

For example, Abhay Deshpande of Centerstone Investors, said on Money Life last week that “The era of the 50 percent bear market is behind us.”

He was not suggesting that declines and bear markets have been canceled, but rather that the conditions necessary to create massive downdrafts are nowhere in sight. Moreover, he suggested that those conditions may not occur again in our lifetimes.

By comparison, Marc Chaikin, the founder of Chaikin Analytics, noted on Money Life that the end of the long bull market is on the horizon – just becoming evident in numbers showing slower growth – but he noted that the “final phase of a bull market is a period where you can make a lot of money.”

Chaikin calls the final stages of a bull market “blue-sky territory,” the point with no signs of a recession in sight and little to no resistance to stop a market run and make investors unhappy.

Yes, that changes in time – often as investors become too happy and irrationally exuberant – but Chaikin noted that investors can make a lot of money while the skies are blue and the warning signs are nowhere to be seen.

Consider that the most common comparison veteran observers are making for the current market is to 1999 and the period leading to the bursting of the internet bubble. That triggered a bear market that lasted roughly three years, with the Standard & Poor’s 500 dropping 10 percent, 13 percent and 23 percent in consecutive years.

While similarities can be drawn, few of the experts making the comparisons believe any downturn will be that protracted.

So an investor looking to avoid the next bear market is trying to miss something that, by most accounts, will be relatively short and not too steep. Even if it is a 20 percent decline, that’s not a problem so long as it is within expectations.

Meanwhile, the market appears likely to keep moving forward until it doesn’t, to treat each setback as a buying opportunity rather than the start of something bad.

Investors who were pulling out a year ago when the market suffered through a miserable fourth-quarter wound up missing out on a much bigger than expected 29 percent gain in 2020.

The S&P 500 already is up more than 3 percent this year; the strong December stretch run means that the gains of the last six to eight weeks are equal to what many Wall Street firms were expecting for the entire year.

Investors should be changing with the times, building all-weather portfolios that anticipate downturns without necessarily avoiding them; don’t expose more of your money to even a temporary 25 percent or 50 percent loss than you can afford to, but do expose money that you need to grow to the long-term ability to grow in the market, even if that means slogging through downturns in the interim.

Find the balance, because staying out of the market because you fear the next downturn is not an option for most individual investors.

“The conditions for a major, major decline in the economy don’t exist, excluding the prospects for war or something,” said Deshpande. “If nothing like [war] happens, what we are looking at is muddling through economically … not enough to drive the US into a recession …”

You can lose a lot of ground by standing still while the market is moving forward toward that next downturn. It’s better to keep pace, sensibly, then to wait for something bad to happen and hope you can catch up afterward.

Chuck Jaffe: itschuckjaffe@gmail.com; on Twitter: @MoneyLifeShow. Chuck Jaffe is a nationally syndicated financial columnist and the host of “Money Life with Chuck Jaffe.” Tune in at moneylifeshow.com.
Advertising